Re-Frame How You See Yourself. 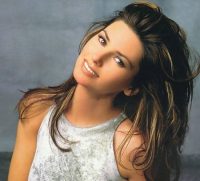 In 1993, Shania Twain was still relatively unknown. Producer Mutt Lange had heard her little known-debut album that barely made a splash, but nonetheless, he contacted her. They quickly became close and co-wrote all of the songs that would later become the album “The Woman in Me”. This was the very album that was to make her the highest ranked country female recording artist of all time.

But, at the time, Shania was still an unknown and had to compete with other female country singers who were considered far more beautiful than herself. Shania had an image problem and hardly considered herself beautiful. Shania has said that her legs are too short, and they have too much cellulite. She has said she is hardly photogenic.

In 1993, Mutt Lange hired John Derek (husband of Bo Derek) to construct a new image for Twain as well as produce the music video “Whose Bed have Your Boots Been Under?”.

It has been reported that when John Derek first saw her, he hardly fell at her feet in awe. In fact, his first reaction was to scrutinize her and throw up his hands. He was reported as saying he hardly knew what to do with her ‘deformed nose’ and that her hair made her look all too much like Woody Woodpecker. He chastised Mutt Lang for bringing such a plain singer for him to work with. He was, after all, used to working with True Beauty. (Read: Bo Derek as well as the entire menagerie of blond Barbies he was married to prior to Bo…)

Now, today such a mind-set and such statements about Shania Twain seem preposterous and even unbelievable. I remember when I saw “Whose Bed have Your Boots Been Under” for the first time and I thought Shania Twain was one of the most beautiful and exotic-looking singers I had ever seen.

Once again, just like Ella, had Shania been discouraged easily over another’s harsh assessment of her appearance, she may still be living in Canada and making wages just above the poverty line.

Having had to see myself in a different light since I didn’t fit in to any typical beauty standard, I wanted to share with you some of the empowering things that I have learned for myself.

1) We cannot allow our appearance to dictate our happiness, our self-esteem, or influence our choices in life.
How many times do we wake up in the morning and tell ourselves that we’d be happier if we lost ten pounds? How many of us say we would find the man of our dreams if we got breast implants or a tummy tuck? How many of us don’t wear clothing we’d love to wear because we are afraid we’ll look terrible? You cannot allow y=how you feel about your appearance to dictate your happiness. This is the road to much misery and ingratitude. When you wake up in the morning, look yourself in the mirror, and say out loud, “I am infinitely beautiful just as I am”.

2) We cannot believe other’s harsh assessments of our physical appearance.
Other people may attempt to tear us down by taking jabs at our appearance. That’s as below-the-belt as it gets. And remember, it’s usually because they are jealous or insecure about themselves. Otherwise, they wouldn’t resort to such primitive behavior. They must be unhappy with themselves if they tear others down– and that is terribly sad for them.
Don’t believe what they saw, but also send them a silent, compassionate prayer.

3) Stop comparing yourself to others.
When you see a beautiful woman, don’t be jealous. Recognize her beauty, and admire it, and take notes on how she brings out her own innate beauty. You might learn something about how to further magnify your own beauty in the process.

4) Every woman is innately beautiful.
I love the books that Rabbi Shmuley Boteach writes. He is in love with the very essence of the feminine. He is in love with the fact that our bodies know the very mystery of creation itself– that out of us, Life itself begins. He loves that the female form is composed of circles, and circles equate to eternity itself. Love your curves! So many of my male friends have told me that they are wild about a woman’s curves. Why? Because they are so opposite of the masculine form– and opposites attract. Opposities create a whole– yin and yang, body and soul, Heaven and Earth. Need I say more?

5) You must see yourself holistically.
Cellulite, wrinkles, sags, stretch marks and anything else you think you don’t like actually MAKES YOU BEAUTIFUL. You must embrace everything about your body as it is now. You must love yourself even if you see imperfection. The fact is, we all carry a spark of the Divine in us, and He who created us, created us as his own original work of art. You were created as God’s own individual work of art. So, give him gratitude for creating the You that he wanted you to be.

6) “Be the change you wish to see in the world”-Gandhi
This is one of my favorite quotes. I know we all see injustice in the world. But, the truly beautiful person gets up and does something about it. Even if you don’t have a dime to spare, volunteering for a cause you believe in will help the world, and it will help you in the process. You will feel good about yourself, you will feel more alive, and more effective. Also, people will be naturally drawn to you because of your compassionate heart.

7) Kindness is everything and self-confidence comes in a very close second.
There must be kindness and gentleness behind self-confidence, otherwise it can turn into arrogance. And arrogance is not beautiful. Self-confidence is knowing that you are enough, just as you are, and that you respect yourself enough that you will not allow others around you to mistreat you, or mistreat others you love.

8) If in doubt, remember what Audrey Hepburn said in her famous poem:

For lovely eyes, seek out the good in people.

For a slim figure, share your food with the hungry.

For beautiful hair, let a child run his/her fingers through it once a day.

For poise, walk with the knowledge that you never walk alone.

People, even more than things, have to be restored, renewed, revived, reclaimed and redeemed: never throw out anyone.

Remember if you ever need a helping hand you will find one at the end of each of your arms. As you grow older, you will discover that you have two hands; one for helping yourself and the other for helping others. 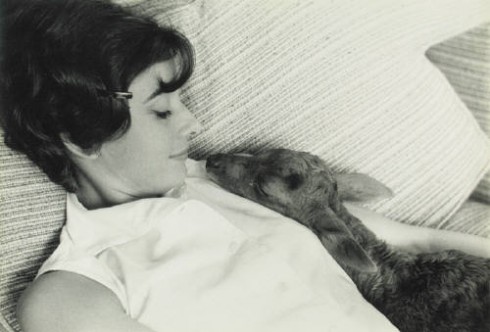 Audrey Hepburn poses with a sleeping baby Doe that she tamed

9) Be gentle and peaceful in your thoughts and actions.
In this world of hurried lives and having things be ‘all about Me’, the person who has a gentle and peaceful nature radiates beauty through her very eyes. This is a quality that will automatically set you apart.

10) God loves you!
This is clique to the point that it is printed on bumper stickers and the message has gotten diluted. So, what does it mean? It means the higher power that created the universe and its wonders also created You. You are the stuff of star-dust and blazing sunsets, you are the stuff of rugged peaks and crashing ocean waves. The God that created beauty that makes us stand bewildered and outside of ourselves also created You. He took time and care to form You and he did so perfectly. Thank him everyday for your life and for the perfect being that he made you to be.

With many blessings,
Sarah Polyakov