* I participated in an Ambassador Program on behalf of Influence Central for Sprint. I received product to facilitate my review as well as a promotional item to thank me for my participation. 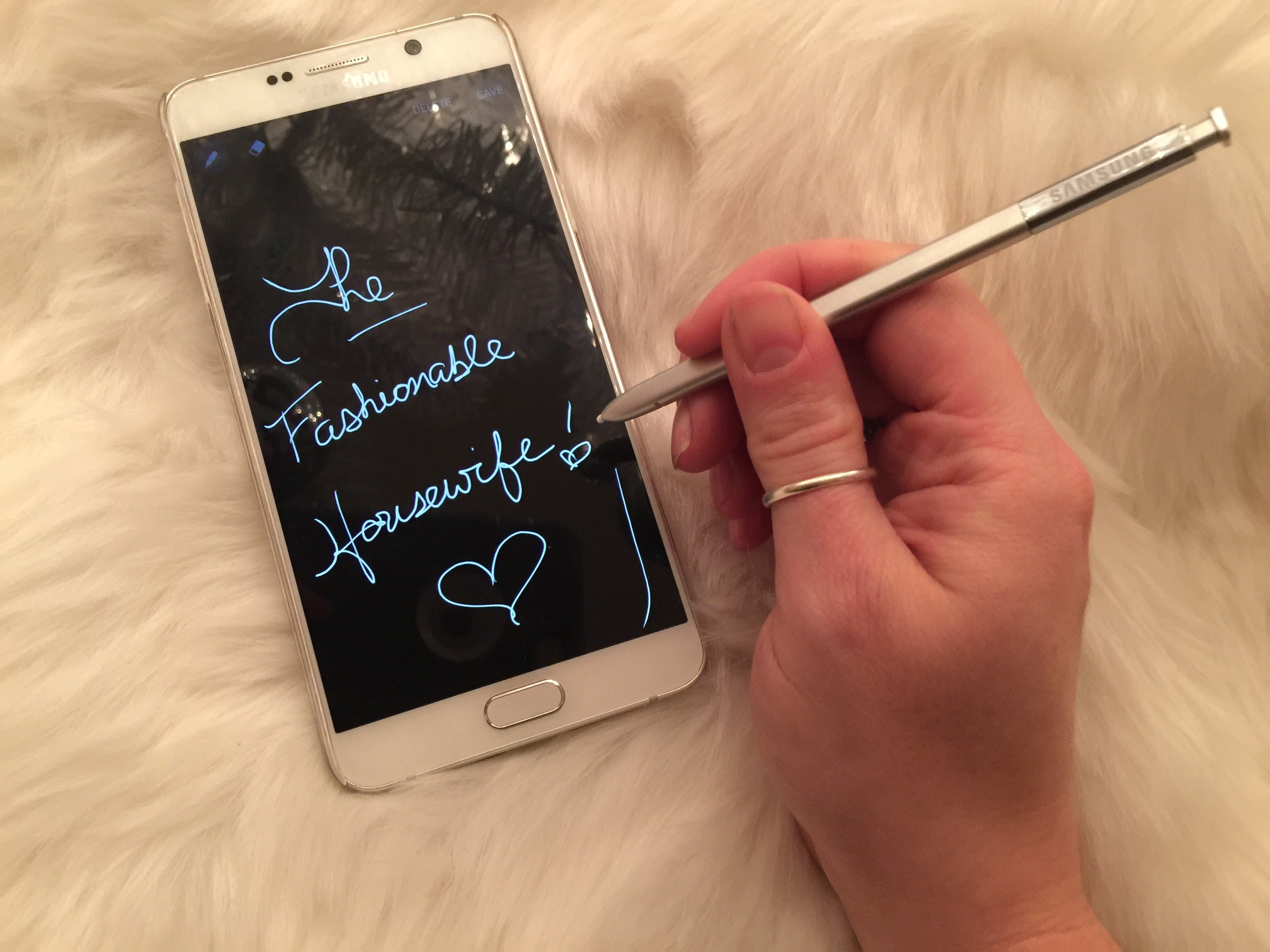 Why carry around several different devices when you can do it all from a smartphone? Take calls, read emails, take pictures and stay productive all in one place. It is possible with the amazing Samsung Galaxy Note5!

This very intelligent and smartly designed phone features a refined S Pen that makes it easy to write, capture notes or draw on the 5.7-inch Quad HD Super AMOLED® display that leaves nothing to the imagination. The pen makes it easy to scribble down notes and save them for later. It’s easier than ever to stay organized. 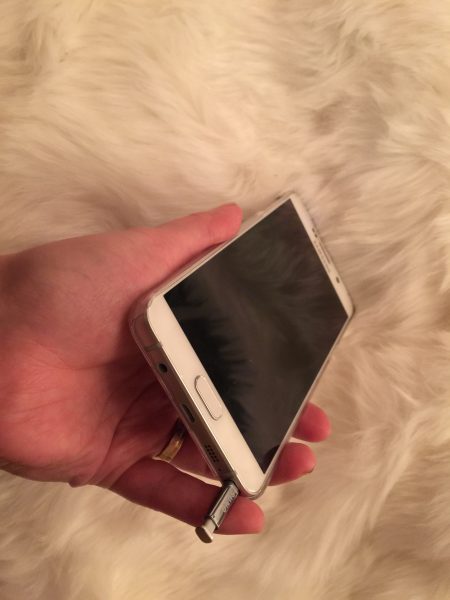 The screen is sensitive to touch and finger swipes so I’m never left tapping again and again waiting for something to happen. (This has been a big problem for me with other phones!) Another nice feature that you are sure to enjoy is SideSync 4.0, a seamless PC to smartphone integration that syncs all your important data across your devices. This enables you to easily share photos and documents with most PCs and Macs just with the touch of a finger.

As an added bonus, you get Microsoft office apps to make it easier than ever to blog and work from your phone. It’s literally like a portable computer! Being able to read and write Word Docs from your phone might just change your life. 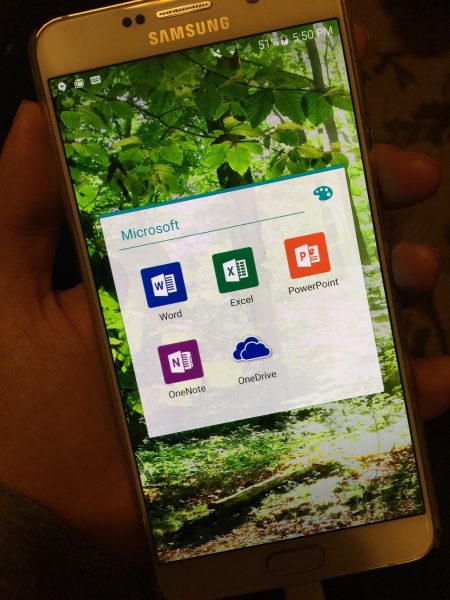 If that wasn’t enough to sell you on this device, it features an amazing 16-megapixel rear facing camera and 5-megapixel front facing camera that you can quickly launch from any screen just by double tapping the Home button. Selfies have never been easier! Plus, the rear facing camera also includes neat technology like autofocus, Burst Shot, 8x zoom, LED flash and panoramic photo capabilities that will leave you breathless.

Both my husband and I have been pretty smitten with this phone, fighting over who will get to stake their claim over this amazing, high-tech device. I figured if I put this girly YOKIRIN Painted Flower Skull Cover

on it he might leave it alone though, right?! 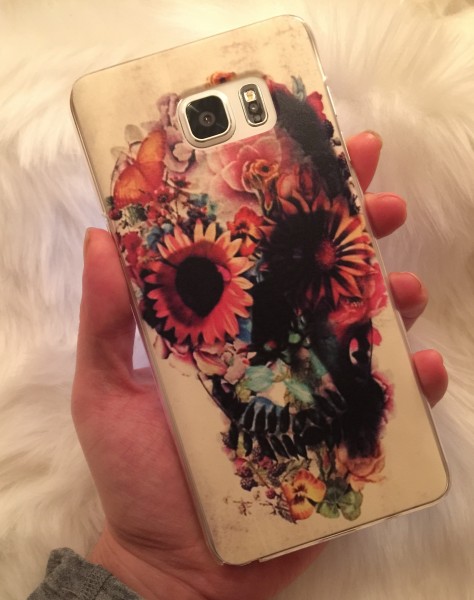 Seems like my 8 year old daughter has figured out how to take selfies. Oh Lord have mercy.

With the Sprint Starter Unlimited Data package, customers can choose a 1GB high-speed data for $20 per month, then get unlimited data at 2G speeds so you never have to worry about unexpected overages again. Or, choose to buy additional high-speed data. Plus get unlimited talk and text for $20 more per month while on the Sprint network with Sprint Global Roaming included (excludes taxes and surcharges).

Families switching to Sprint will get 4 lines with unlimited talk, text and 40GB of high-speed data to share while on the Sprint network for only $120 per month (excludes taxes and surcharges).

Visit the Sprint Website to learn more and find out about Sprint Global Roaming.

Sprint will give you a year of FREE Amazon Prime when you activate service on the Samsung Galaxy Note 5 by November 30, 2015, regardless of whether you are a new or existing customers. You’ll get unlimited FREE Two-Day Shipping on more than 20 million items, unlimited streaming of thousands of movies and television episodes with Prime Video, as well as access to ad-free streaming of over a million songs including thousands of curated playlists and personalized stations with Prime Music. You’ll also get unlimited photo storage with Prime Photos. It’s a must-have this holiday season and you’ll want Amazon Prime year after year.

Click here to find a Sprint Location near you today!