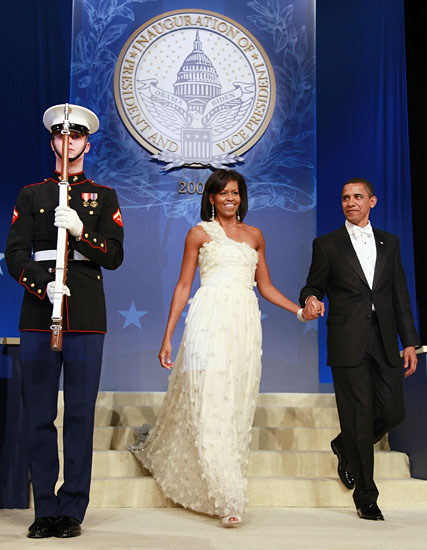 
Finally! After weeks and week of speculation over what Mrs. Obama would wear to the Inaugural Ball, we finally got to lay eyes on the amazing gown designer by none other than Jason Wu. 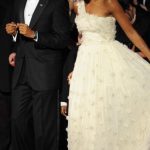 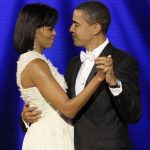 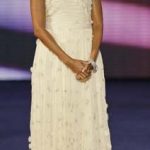 The gorgeous asymmetrical gown of white adorned with organza flowers and crystals. It was beautiful enough to be a wedding dress! We especially liked the ruched bodice, fluffy appliqués and sparkling beading. So elegant and Jackie O-esque. The breathtaking gown will be donated to the Smithsonian, per tradition.

Although wearing white to an inauguration seems to be the trend, we kind of appreciate that Michelle didn’t try to buck the system too much. I think it was a wise step to go for something more traditional than rebellious. She will have plenty of time from here on out to impress us with wild outfits. Who knows, she might be the next Carrie Bradshaw! How awesome would that be? 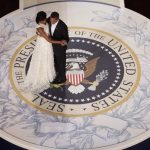 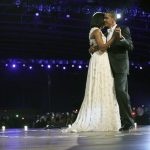 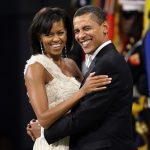 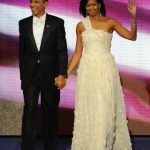 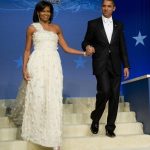 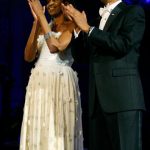 Another thing I really, really liked was that she wore her hair down. I think it is so much more feminine than any sophisticated up-do.

What did you think of her inauguration ballgown?

Take the poll and then share your thoughts in the comments!