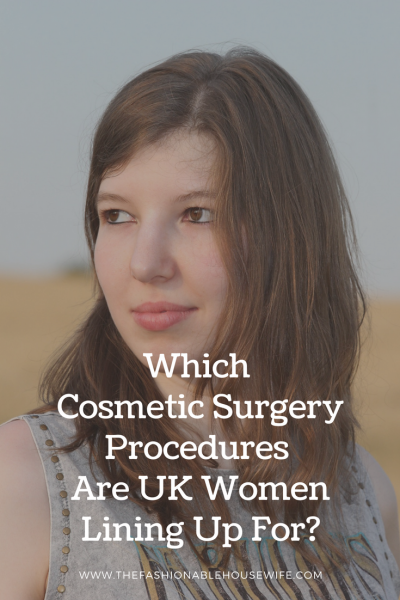 Cosmetic surgery is on the rise in the UK, leading both women and men under the knife for various operations and procedures. This rise in surgeries has led to an increased number of plastic surgeons working in the UK, which could arguably mean good things for the economy, and for the medical field in general.

It’s important to understand that not all cosmetic surgeries are undergone for vanity reasons. Even when they are, often a person has lived with low-self esteem and poor self-image for years, only to find themselves happier and more confident after the results of surgery. Cosmetic procedures are frequently performed following an illness like breast cancer or as the result of scarring, burns or other incidental damages, so there are plenty of positive reasons for this rise in plastic surgeries.

Let’s look at some of the most popular forms of plastic surgery in the UK right now and why cosmetic procedures as a whole are on the rise.

Throughout the UK, fat reduction surgeries are the most desired cosmetic procedures by all genders. According to YouGov statistics, 54% of people surveyed would choose to have liposuction or non-invasive fat reduction over breast enhancement, wrinkle removal or nose reshaping surgeries. There is speculation among surgeons that the reason for this heightened demand is not only the availability of qualified surgeons in the UK or the effect of the media on body image but also the processed foods and sedentary lifestyles that make it difficult for people to lose weight naturally.

Those considering cosmetic surgery should consult a qualified surgeon rather than injecting fat reduction drugs or other solutions at home. Leading Bristol cosmetic surgeon Elena Prousskaia commented: “While not a substitute for healthy living, correctly performed liposuction can be a life-changing experience for removing localized concentrations of fat which have resisted other attempts. Often combined with other procedures, it’s heartening to see the self-esteem this kind of surgery can bring.’

Perhaps unsurprisingly, breast enhancement is the top conducted cosmetic surgery in the UK, but it’s not all about vanity in this case either. Many women choose to have their breasts reconstructed after a mastectomy, while others may suffer from a condition called Tuberous Breast Deformity, which means their breasts didn’t form properly during puberty. There are around 10,000 breast augmentation procedures performed annually in the UK, and almost all of them are on women.

The next most popular cosmetic procedure is the blepharoplasty: an operation to remove excess skin from the eyelids. While the majority of patients undergo this procedure for aesthetic reasons, many others suffer poor eyesight or difficulty opening their eyelids at all. For this reasons, some blepharoplasty surgeries are carried out on the NHS. YouGov statistics indicate that women are almost ten times more likely to have this procedure than men.

The face and neck lift procedure (also known as rhytidectomy) is a popular cosmetic surgery among women in the UK, with around 5000 procedures per year and 95% of them performed on women. The operation is purely cosmetic, as it lifts and pulls up the skin around the face and jawline to create a tighter, smoother appearance. If you’re looking to have this procedure done in the UK, make sure you check the Care Quality Commission (CQC) for a qualified surgeon who can perform facelifts legally. 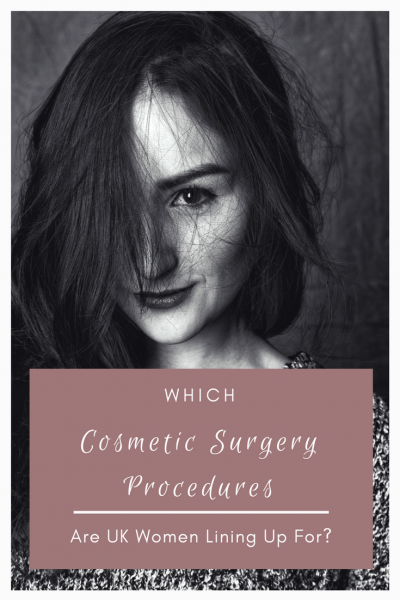 Can Breast Implants Make You Ill After Surgery?

3 Reasons To Consider Juvederm Treatments in 2020

Can A Nose Job Improve My Breathing? A Guide To Functional Rhinoplasty

Previous Post: « 5 Tips & Tricks For Fundraising And Getting Donations
Next Post: 6 Ways to Get Fit Without The Gym »