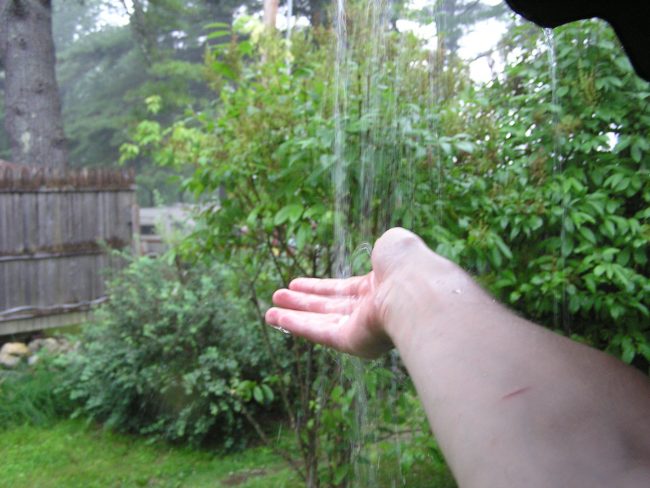 Water damage can be devastating to your home life, so obviously you have to clean it up quickly to prevent permanent damage. Even when you act fast, there are no guarantees though. Here’s what you can do to get your home back from Mother Nature’s Attack.

Flood Damage: What You Need To Know

Make sure that the house is safe, and that all your family members are accounted for. You might be forced to leave the home if flooding is severe. Make sure you are also safe when returning to your house. This is especially true after rain has stopped or the flooding source is fixed. Water itself may or may not be dangerous due to contamination with bacteria and poisons. Also, water may be electrified from appliances or the main power supply.

It’s best to protect yourself from whatever harmful chemicals and debris (even sewage) are in the water.

Never eat food contaminated by flood waters. Don’t even eat it if it was in the proximity of the flooded area.

Most of the time, it’s easier (and safer) to call in a professional water removal service. If your sump-pump is broken, this might be the only way you get the house cleared. If you’re dealing with minor flooding, you may just need to make sure your sump-pump is working so that future floods do not harm your home or belongings. Calling the city to remove debris from your basement, garage, and crawl space might be necessary.

If your home was flooded by a burst pipe, fix the plumbing as soon as you’re able to lessen the water damage. The sooner you stop water from coming in, the better.

How To Dry Out Your Home

Even if you’re successful in getting all the standing water out of your home, everything will still be damp or wet. This is especially true if it’s rained a lot. If you have power, use your air conditioning system and portable fans. Air conditioning works by removing humidity. So, it may seem unconventional, but it will dry out your home.

This is also the easiest way to dry out a home and minimize the potential water damage you might deal with from flooding. To speed up the process, you can also run dehumidifiers.

Your homeowner’s insurance will vary depending on what policy you have in place. However, many insurers cover flooding because of storms. They also back up city sewers and storm drains, broken sump pumps, and burst pipes. The insurer will send out an adjuster to look at damages and give you an assessment. If your losses and damages are covered, then you’ll get a check for any covered damage. Some insurers only cover what are called “named perils.” This means that your insurer only covers things listed in your insurance policy. Anything not listed in the policy isn’t covered.

Cleaning Up The Damage

Once the water is dried up, you should call your insurer. It’s time to do post-flood care. Calling in a professional clean-up crew or do the work yourself. This may involve a lot of time, because you’ll need to throw away a lot of stuff. If anything touches the flood water, it’s probably garbage. If the flooding in your house was widespread, you might have to bring in a roll-off dumpster to easily dispose of damaged items.

You may also need to remove flooring, drywall, and insulation to keep mold and mildew from spreading. Furniture may also need drying or cleaning.

Unless you’re a professional at this sort of thing, it’s probably best to get a professional to come in and clean it for you. The faster you remove items, and dry them out, the less likely they will be to mold.

After the flood disaster is over, it’s time to think about what can be repaired. Not everything can be. And, it might be the case most things are lost. You may have broken windows, for example, or broken possessions needing repairs.

Once your insurer pays out for all qualifying losses, then you need to figure out if there are any gaps you need to pay for out of pocket. Have any electronics checked out by a professional before plugging them in, including T.V.s, stereos, game consoles, and computers and appliances.

GUEST BLOGGER: Charlie Lucas has a beautiful family home but it’s in a flood zone, and has been devastated by flood water once already. Charlie writes about preventative measures home owners can take so they don’t have to go through what he did.

Previous Post: « The Top 7 Must-See Places in Canada
Next Post: Gentle Ways to Get Your Man to the Dentist Without Nagging Him to Death »