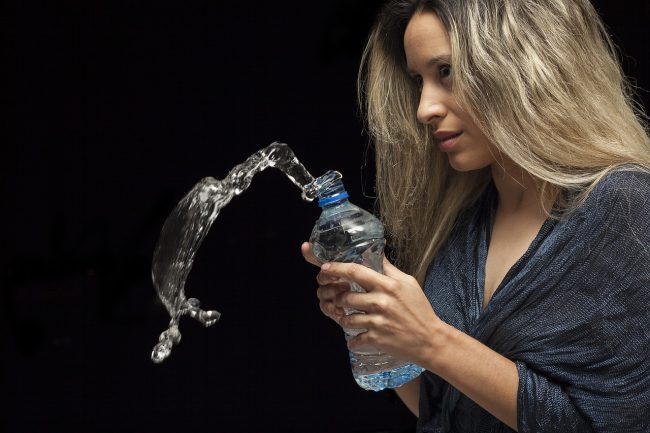 If you think that the world has too much waste to deal with as it is, you’re right. Our oceans, landfills, lakes, rivers, and forests are polluted with too much waste to process, and most of this waste is plastic.

One estimate says that if the earth’s plastic bottles were placed end-to-end they would extend more than halfway to the sun — that’s a long way. Humans produce about one million plastic bottles a minute, and they are harming the environment.

How Plastic Bottles Hurt The Earth

Millions of tons of plastic is ingested by sea life every year, and humans suffer the same fate. If you consume seafood on a regular basis, you are ingesting tiny pieces of plastic along with your food due to the insane rate of plastic pollution we are dumping into our water sources — and a lot of this comes from plastic bottles!

Another issue with plastic bottles polluting our water sources, and even seafood, is that plastic contains BPA. BPA is a chemical that is used to make plastic hard, and it is linked to a number of bad effects on people including cancer, neurological disorders, and reduced fertility.

Other chemicals included in many plastics have been linked to other problems like low sperm count and gender development issues. We are not only polluting the earth, but we are polluting humanity as a whole.

So plastic pollution is dangerous for people, but how bad is it for the environment? In short: really bad. There is an island in the south pacific where 18 tons of plastic was found washed up on its shores. That’s just a single island. We don’t know exactly how much plastic is floating in our oceans because of the huge mass of plastic produced in the earth on a yearly basis.

What Can You do to Reduce Plastic Usage?

There are actually a lot of ways you can reduce pollution, namely plastic pollution, with just some simple changes. For one, if you’re dependent on bottled water, it might be time to switch that habit to something a little less destructive to the earth. There are things you can use to filter your water, like an under sink water filter, that will deliver you the same clean water without the guilty conscience. Here are some other things you can do to reduce your plastic consumption:

These are just a few of the small ways you can make a difference in not only the world’s plastic consumption, but also in the world’s overall human health, and animal health. If you use less plastic, not only could you be contributing to the earth’s sustainability, but you might just get a thank you from a dolphin near you!

Previous Post: « Essential Oils are Coming to the Kitchen!
Next Post: How to Stock Your Refrigerator with Healthy Choices »

“Play is the work of the child” -Maria Montess

What could be fancier on a Friday night than full-

“Play is the work of the child” -Maria Montess

What could be fancier on a Friday night than full-