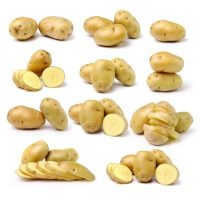 There is no doubt that food is now plentiful in a place like Ireland. But there was a time, as you may know, when food was scarce, especially during the Potato Famine that affected millions across the country.

If you want to know more about the history of food in Ireland, you would have to divide it into three periods, namely before the arrival of the potato, after the arrival of the potato, and after the crop failed (the famine). But for many hundreds – even thousands – of years, the Irish diet consisted of what they could find, grow, or forage, and it hardly changed. But when the potato came, everything in the Irish diet changed as well.

The biggest event in the history of food in Ireland is undoubtedly the Potato Famine, where millions of people died or were forced to flee their homes, leaving for England or the United States just to escape. And although the famine happened a long time ago, there are still some who remember those days or knew someone who was affected by the famine. In fact, it is really only in the last two decades or so that the Irish are more able to enjoy different kinds of food in plenty without feeling a tinge of guilt over such luxury and bounty.

Before the potato, the Irish ate what most other Europeans ate – that is, grains such as barley and oats. Although meat was already eaten during this period, the focus was more on the production of crops, and cattle were mostly used for milk and cheese production. Fish was also eaten at this time, although what’s surprising is that shellfish such as mussels, limpets, periwinkles, crabs, and clams were considered the food of the poor.

When the potato arrived in Ireland, a drastic change in population came. The population began to multiply, since they had access to a food source that was plentiful, filling, and even nutritious, especially when combined with milk. By the time the 19th century arrived, every home in Ireland ate potatoes, rich and poor – no meal was complete without the spud. Sometimes, when milk was not available, herring was the alternative, and this was mixed with potatoes as well.

The rich, however, had more variety in their diet – they ate more meat, and this was also the time when some classic Irish foods were developed, such as colcannon (a mix of cabbage and potatoes), Irish stew, and potato cakes.

When the Potato Famine ended, the average Irish person’s diet changed again. Whilst potatoes were still a staple, so was maize, or corn, which was imported from America. More people also moved into towns and cities, and these urban dwellers began living on a diet comprised primarily of potatoes, bread, and porridge, plus milk, vegetables like cabbages and turnips, and a small portion of meat, eggs, and fish.

It can be said that the food in Ireland today comes in seemingly endless varieties. Processed food and food bought in the shops are a standard, and the typical lunch or supper today would consist of meat, potatoes, and vegetables.

Eating out has also become a popular pastime, especially for those living in the city. But before the 1970s, eating out was virtually unheard of – even in a city like Dublin, restaurants were closed by 6 in the evening! But by the end of the ‘80s, the fast food industry emerged, and, along with this, better restaurants started to appear as well.

Today, we can honestly say that Ireland has become a place for foodies. There are more food choices than ever, and you can take your pick amongst the many establishments catering to a whole league of tastes. An a la carte restaurant in Dublin and a pre theatre restaurant like Le Bon Crubeen (also cited as one of the best restaurants in Dublin), for example, caters to those with selective tastes and who want a delicious combination of old and new in a comfortable, cosy, and stylish setting.