Super Bowl Fashion: Where The Stars Are At For Super Bowl Week

We’re down to the final days of pre-game before Super Bowl XLV kicks off, which means it’s time to track down all of your Super Bowl favorite celebrities and fashion. 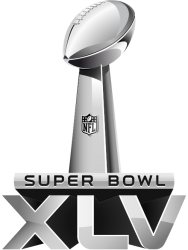 It will be a fashion show wherever you go all week long, if you know what we mean, but the main fashion event will happen on February 4th. Pamela Anderson will host Willis & Wo Sports Group’s star-studded “Super Bash”, which will be held at the Fashion Industry Gallery in Dallas.

She’s not the only celebrity that will be around, though, as we all know the Super Bowl brings many renowned faces.

Those looking for a different type of fashion – more like the scantily clad variety – can head over to Playboy’s party on the same night at the Bud Light Hotel. Rappers Warren G, Snoop Dogg and Flo Rida will also be performing there.

The Audi Forum is going to host more of an upscale event, which gets you a shot to mingle with Ashton Kutcher, Demi Moore and Kellan Lutz (of Twilight fame).

Lastly, if you’re into men’s style, check out the GQ event at Hickory Street Annex. Andy Roddick will be the gracious host of the evening and some live musical tunes will be provided by Cee Lo.

All in all, there are plenty of parties, fashion and celebrities going down on Super Bowl week so if you’re in the neighborhood, dress up and have some fun.

Previous Post: « Outfit Ideas – Vanessa Hudgens in Jeggings
Next Post: Will YOU Be Watching The Super Bowl? »