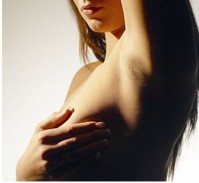 I get Mercola’s Newsletter, (The World’s Most Popular Natural Health Newsletter) in my inbox every morning. This morning, a particular headline caught my attention and I knew I had to share it with you ladies!!

Some of the most popular natural deodorants are the “crystal” deodorant stones and sprays. But most people don’t know that these crystal deodorant products contain aluminum.

The reason that most people try to avoid aluminum in deodorant is because of its possible link to Alzheimer’s disease. There is some strong evidence of a link — for instance, in 1988 a truck driver accidentally dumped 20 tons of aluminum sulfate in to a town’s drinking water.

Now, over 20 years later, they are finding a higher incidence of Alzheimer’s in the people of this town.

Incidentally, the article linked below notes that, “many doctors such as popular web guru and natural health expert Dr. Mercola suggest avoiding aluminum as much as possible.”

Let’s get this straight. Even though aluminum is widely distributed in the earth’s crust, it is NOT needed in ANY amounts in your body. All evidence to date points to aluminum as a poison that serves no beneficial role in your body and should be avoided.

Aluminum is widely recognized as a neurotoxin, which has been found in increased concentrations in the brains of people with Alzheimer’s disease.

Unfortunately, if you use antiperspirants or some deodorants, you are most likely exposing yourself to aluminum.

Aluminum salts can account for 25 percent of the volume of some antiperspirants.

A review of the common sources of aluminum exposure for humans found that antiperspirant use can significantly increase the amount of aluminum absorbed by your body. According to the review, after a single underarm application of antiperspirant, about .012 percent of the aluminum may be absorbed.

Multiply this by one or more times a day for a lifetime and you can have a massive exposure to aluminum — a poison that is not meant to be in your body.

Antiperspirants work by clogging, closing, or blocking the pores that release sweat under your arms — with the active ingredient being aluminum. Not only does this block one of your body’s routes for detoxification (releasing toxins via your underarm sweat), but it raises concerns about where these heavy metals are going once you roll them (or spray them) on.

In some cases, it is clear that they may be wreaking havoc directly on your brain. In 1988, for instance, a truck driver accidentally poured 20 tons of aluminum sulphate into a tank containing drinking water.

Some 20,000 people in the village of Camelford were exposed to the chemical for several weeks, and then went on to develop a rare form of early-onset Alzheimer’s disease, along with showing the presence of high levels of aluminum in their tissues.

Be sure to read my article – Your Deodorant – Is There Danger Lurking Within? I give recommendations on the best and most effective deodorants that are actually aluminum free as well as more information on the dangers of using traditional antiperspirant deodorants.

Previous Post: « Much Ado About a Mute Swan: Part 7
Next Post: Linea Pelle Coupon Code for 25% off Dylan Collection »