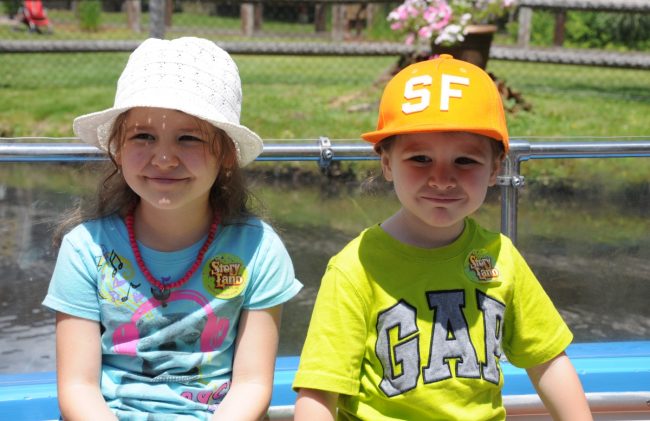 We all would want our youngsters to remain our little kids forever but eventually, they grow up. Most parents understand this and prepare accordingly, knowing that 10 years from now, they won’t have little kids running around. However, some aren’t prepared for the truth, which is the fact that their kids might actually be starting to grow up ahead of the schedule. Luckily, there are signs that can help you deduct these things. Here are some of the best signals that your kids are growing up fast:

They’re better than you with gadgets

If you find yourself asking your kids for help constantly when it comes to setting up and using gadgets like iPhones, iPads, Kindles, etc, you might need to acknowledge that they’ve grown up. When kids start to grow up, they can be extremely tech savvy and that shows with most of them so be careful when you start asking them for tech support.

They handle their appearance by themselves

If you’re used to scheduling haircut appointments for your child but lately you’ve been in a position where they’ve just looked up things like short hairstyles for men on their own followed by a solo trip to the barber, they might be also on their way to maturity. If you no longer have to hold their hands when they pick out hairstyles or clothes, it might be time to start gently taking off the training wheels.

You are no longer the instrument behind their social interactions

When kids are small, it’s up to the parents to organize play dates and to get them in touch with other kids their age. It’s an important part of growing up and it helps gets the child exposed to different types of people. However, when they start growing up, you find that they tend to make their own friends and more often than not you end up making friends with their parents as a result.

They sleep a lot longer

When kids are small, you can rely on them sleeping until a given hour, and then start their day. When they start to grow up, their sleeping schedule also starts crumbling and reforming for various reasons. They go out later, they do more things with their friends or they just start working. From a full blown job to a part time gig in a local shop, anything that builds their character and sense of responsibility shows that they are making the first steps towards maturity.

They have opinions on broader topics

Usually, kids are interested in a handful of things. When your kids start talking about many different things and have opinions on topics like politics, environmental health, civic justice and whatnot, you can bet on the fact that they are growing up.

Make sure you take time every day to have fun with your kids, even if it’s only 10 minutes. They grow up so fast! Bring them to fun places like Story Land where their imagination can run wild! You’ll be glad you have those memories to look back on.

Previous Post: « 5 Ways to Protect Your Jewelry From Sustaining Damage
Next Post: 10 Summer Decorating Tips For Your Bedroom »