So another week has gone by and with it, another designer. But first things first, let’s talk about this episode. This ep brings one of my favorite challenges… the unconventional material challenge! Tim brought the designers to the petstore, gave them $300 and told them to get some supplies to make their latest look! Whoa. (If you haven’t met the designers, check them out here). 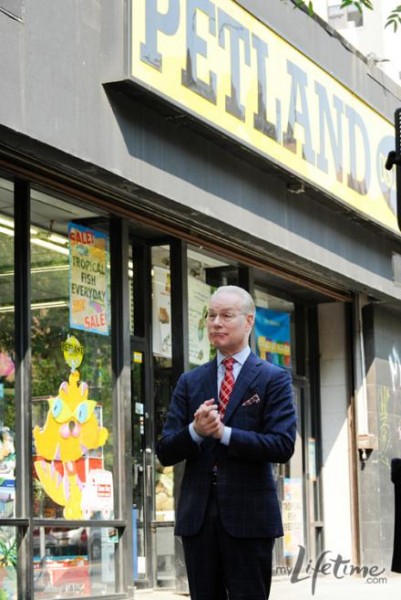 Between doggie beds, wee wee pads (a lot of designers used these), aquarium greenery, dog food, leashes and all the other random crap you can get from a pet store, we had to wonder how our designers are are going to pull this one out. 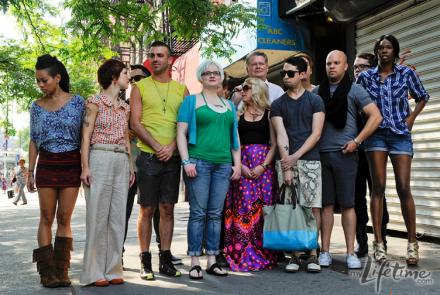 Bert sings, “I am glad I have immunity doo dah, doo dah” and we think he is right. He is using the most conventional materials that the store had. (Dog beds are pretty predictable according to Anthony). Tim tells him that he may want to rethink his design because the judges are on such a high with him. Oh “Bert, don’t phone it in!” we think. But at the same time, Bert seems kind of cranky. Meanwhile, Laura Kathleen is working on a dog cone collar skirt, Becky is putting what seems like a forest on a dress form and Joshua McKinley is doing something with rubber doggie toys and aquarium rocks. Olivier reminds us of the Eeyore of Project Runway.Side note: These designers are Cattaaaay! Every interview is someone saying someone else is a hot mess. Geesh, it’s only week two you guys. 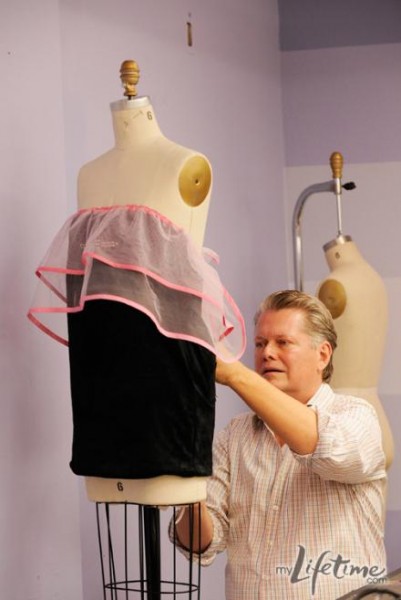 OK, so to the runway! The looks overall are pretty impressive although Bert does disappoint us (and Heidi tells him he is lucky to have immunity this week). Surprisingly, more designers used hamster bedding than we would have thought.

Our top three designers are Anthony Ryan (for a second week in a row), Olivier Green, and Joshua McKinley. We agree with the judges’ choice to award  Olivier with immunity, due to his dye job on hamster shavings. We do feel a little bad for Anthony Ryan because that poor boy glued bird seed for days. 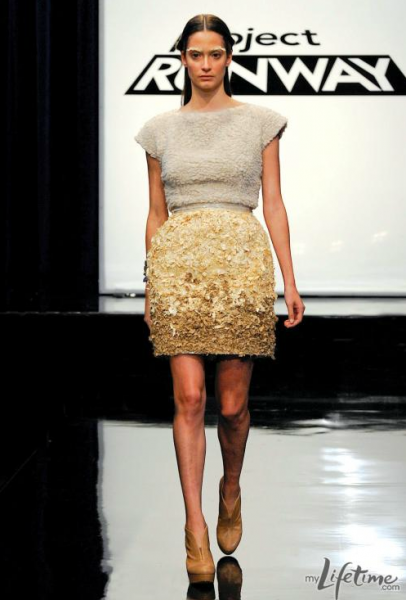 Our bottom three designers are Bryce Black, Joshua Christensen (for a second week in a row) and Fallene Wells. At the end of the day, the judges just couldn’t stomach the the unimaginative looks that Josh C has put out the past two weeks. He cries. We have to feel bad but this is the name of the game. 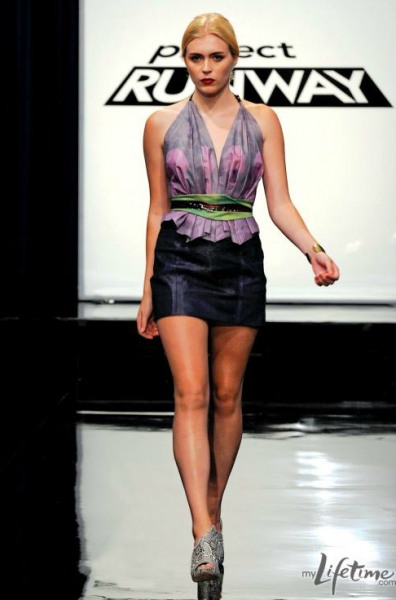 Guh, what do you guys think? Do you agree with the judges decisions? Wow, we are so glad that Project Runway is back. P.S. Scenes from next week show Miss Kim Kardashian as a guest judge.