0 shares
DOES HE HAVE LONG ONES OR SHORT ONES?

If You Want to Stay Married, All You Need to Know Is If He Has Long Ones or Short Ones 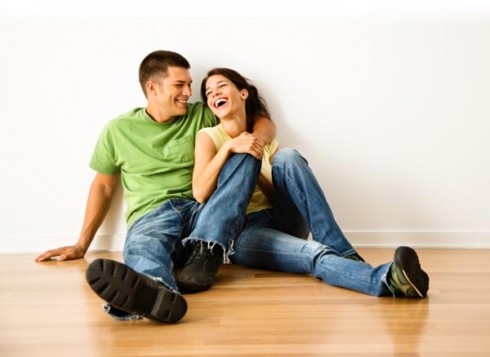 Ladies, unfortunately the news is in. The human male is much more like the common Prairie Vole than we previously believed.

You see, scientists have been slaving away for years with sweated brow to know why some human males are more monogamous than others. These scientists scratch their heads in wonder since monogamy clearly is not linked to socio-economic level, the beauty of their own wives or partners, how much they “get it” from their partners, or anything else.

Men, like the common Prairie Vole are driven to monogamy or away from it simply by their… brains. And see, all these years I thought it was ‘the other brain’ — the one that my dad says isn’t very good for thinking.

A cell surface receptor called a Vasopressin Receptor[1] and its length seems to be solely responsible for whether or not men are naturally prone to monogamy or not. The guy with SHORT vasopressin receptors gets around. He must have a short Vasopressin receptor complex[2] and therefore he beds as many women as humanly possible in this life. Think Don Juan or Casanova.

Then, there’s the man with the LONG Vasopressin receptor. He’s the guy who turns his head, blushes, and walks away as the hired tart offers him her particular specialty at his friend’s Bachelor party– and this tart surely does not provide tartes or anything other cake for that matter. For this man, only his wife will do, in many cases, even if they have a failing relationship.

So what is Vasopressin? Well, we humans have two major chemicals responsible for bonding. We have Oxytocin which is akin to heroine. It is the thing that keeps us hooked and high during the infatuation phase. This chemical lasts roughly for 18 months in a good relationship, but sometimes doesn’t last that long at all. Now for us women we produce oxytocin in other ways than just during a sordid relationship with a man. We produce it during giving birth and breastfeeding. It can create strong bonds indeed- and we will always have Oxytocin as a fallback because it never really goes away.

But, when Oxytocin goes away in a man, a new bonding chemical called Vasopressin kicks in. Vasopressin is like the fire that kindles and can be flamed once again, but does not burn bright. It produces deep bonds and warm fuzzies.

However, in order to feel it, you, as a man, have to have adequate receptors to feel it. If your Vasopressin receptors are too short, you don’t receive the amount of Vasopressin needed to maintain a relationship as outside temptations come in.

And so you can be more easily swayed by the first most beautiful skirt of springtime than your male counterparts with long Vasopressin receptors.

So, men, if you are reading this, the next time you look at a woman and say, “Uh, I’m just not that IN to her”. Think instead, “I’m short, short, short!!! and you therefore come up short in the commitment department.

Having said that men, you cannot use this new biological finding to your advantage and use it to excuse infidelity. Cheating is cheating, and ultimately, the choice is UP TO YOU. So, don’t blame it on anyone but yourself.

Women you aren’t off the hook either, because some of you aren’t as monogamous as you should be. Now, women have Vasopressin receptors too, short and long ones too, but ultimately, they do not rely solely on vasopressin for long-term bonding. We women have a more complex emotional soup that evolution intended. Someone needs to stick with the children. I also observe that women have very complex emotional lives in that it’s not just a physical act that drives them. The emotional act is usually the beginning for them and only then does the physical act follow.

I read all of this in Hooked: New Science on How Casual Sex is Affecting Our Children

. This is a very complex topic and I have scratched only the surface. In fact, I have really barely even wiped dust off the surface–I wouldn’t even call it a scratch. If you would like to read all of this for yourself, actually explained by a scientist, and not a laywoman like me, I would recommend checking out the book.

So what prompted me to read this book as a happily married woman? I am still trying to figure out what happened with a cad I was engaged to before I met my husband. I am all the wiser after what this particular cad put me through, and I would like to know what part I played in it, so I don’t make that mistake again. After all, I can’t control what others think or do, I can ultimately only control, and therefore CHANGE myself. So, that’s why the book piqued my interest. On the other hand, the book was also extremely interesting.

But, the unfortunate part to this Vasopressin finding is, they have no real screening test to see if men have long receptors or short ones. I guess here is where we have to be prudent and realize ‘we’re not different’ and if they cheated on someone in the past, it’s likely to happen to us. But, the only thing I know for certain is this– the only thing that matters if you want a LTR, is not the size of a man’s wallet, or his…hands, ahem, but the size of those pesky Vasopressin receptors! So, look for the lipstick on the collar and other signs if you want a happy life, girls! 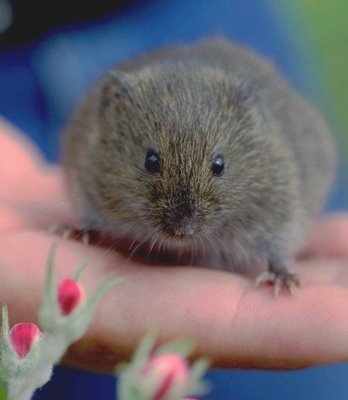 Courtesy of the Prairie Vole Study