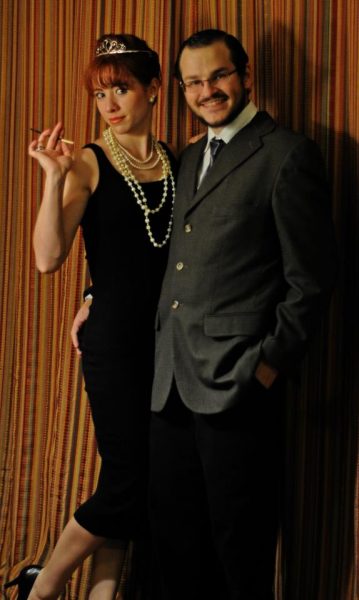 We all know the scenario; you’ve glammed up for a big night out or an event and your male comrade shows up in, well let’s just say he’s not dressed to your standards… or anyone’s standards for that matter. He’s either genuinely oblivious to the fact or he simply isn’t bothered but either way it can be incredibly frustrating and often embarrassing to be let down by your partner’s appearance.

If this sounds like the man in your life, here are some simple and effective tips to get your man to dress better.

Make a date of it

Men hate shopping and that’s something we have to accept. Instead of going to the cinema or out for a meal, go shopping for a few hours. Make sure he knows how happy this would make you feel and if you can, have some pre-shopping done so you know exactly where you want to take him.

Compliment him when he does look nice

Sooner or later the penny will drop…

(Gently) Let him know when he doesn’t

Men are notorious for wearing clothes that don’t fit them, are dirty or full of holes. Don’t be afraid to (gently) let him know that his clothes aren’t flattering and he should really invest in some new ones. If the gentle approach doesn’t work then be direct. Sometimes a little tough love is needed for the greater good.

Buy his clothes for him

This can be either as a present or ‘just because’. More often than not men hate shopping and even though they might need a new jumper for work, the simple task of going out and buying one can often be too much for a man’s brain to comprehend. Find out his measurements and buy him clothes from shops you know you can return them to if you need. If you can, try and use his credit card. After all, you’re buying clothes for him, so he should pay for it.

There’s nothing wrong with a little guilt trip every now and then. If you make the effort to look good, he may want to do the same for you. Try clearing out the wardrobe every now and then and donate old clothes to charity. Does he have anything that might need to go too?

Point him in the right direction

Men generally only have one or two shops they go to for everything so getting him to branch out may require a little guidance. This could be something as simple as leaving the page of a magazine open beside him or bringing it up in conversation – “I was looking online and here are some nice hoodies for men” or “did you see that there’s a sale on in X shop? They have really nice men’s clothes”.

Getting your man to dress better isn’t always easy. More often than not, he’ll need a little (or a lot) of encouragement, gentle persuasion and directional guidance. Try out these tips and see your man transform from a sloppy boy to fashionable gentleman.

Previous Post: « Strategies for Saving Money on Your Next Hotel Stay
Next Post: How the Brain Benefits From Playing Jigsaw Puzzles »