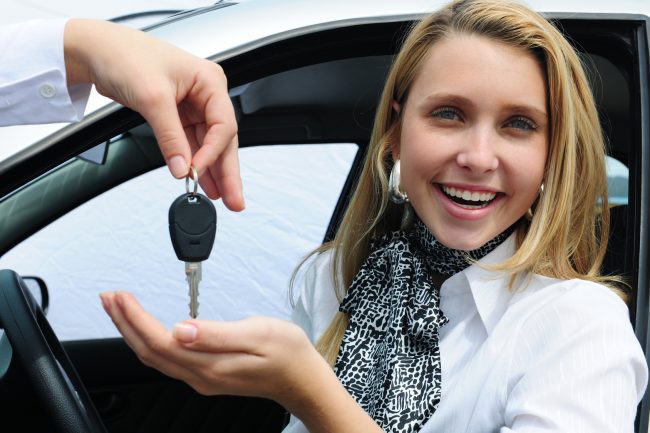 As kids enter adolescence, they become more and more independent. The teen years can be especially stressful for parents as they struggle to balance looking out for their children with enabling their independence. Here’s some advice for keeping teens safe, without being too overbearing.

It’s important that teens have a mobile phone so that they can contact you easily in the event of an emergency, but mobile phones are an attractive commodity for thieves. Encourage your kids to keep their phones hidden away in an inside pocket, out of view, but in easy reach. The same goes for other valuables, such as handsets and money; keep them stored away in pockets, out of sight of passers-by. Teach kids what to do in the event of a mugging or theft – if an item is demanded by an assailant, simply hand it over without any objection.

Teenagers may think they know everything about crossing the road and that they’re too old to be taught about road safety, but a significant number of traffic accidents involve teenagers. Listening to music whilst walking and crossing the road is a significant problem; whilst listening to music, teenagers are unable to hear the sounds of the road, such as oncoming traffic or beeping horns. Listening to music whilst walking may also distract kids from their environment, resulting in them banging into objects and people and potentially incurring injuries as a result. Encourage them to walk with only one earphone in. Make sure they fully understand road safety signs and markings. They may be teenagers now but it’s surprising how many don’t take notice of road safety signs. Educate your child by going through some signs on sites such as MySafetySign, who have pictures of all the major road safety signs.

Encourage teenagers plan their journeys out by identifying bus routes and potentially troublesome areas. If teenagers will be travelling after dark, encourage them to stick to. Teach kids to avoid venturing into poorly lit areas and encourage them to stick to well-lit areas such as streets. If a taxi is likely to be required, ensure a well-known, registered company’s phone number is inputted into their mobile phone.

Encourage teenagers to stick together and look out for one another – particularly if they are venturing out at night. If problems do occur, it is important that your kids know how to deal with them safely; if they feel like they are being followed, encourage them to cross the street, find a more populated area, or knock on a door. If someone speaks to them, teach them to say they are in a hurry and continue walking. If being followed by a car, changing direction and trying to note the license plate is the best idea. Above all, teach kids to trust their instinct; if they feel something isn’t right, it most probably isn’t. Teach kids that it’s okay in such instances to phone the police immediately and ask for assistance; they don’t have to worry about being paranoid or told off for phoning the emergency services; that’s what they are there for.

Internet safety is important for teenagers. A good idea is to keep computers is a busy area of the home where teenagers’ activity can be carefully monitored. Be aware of the signs of misuse – such as clicking closing tabs when you enter a room, or becoming more secretive about their online activity. Avoid the use of webcams by stipulating time limits or only permitting them in certain circumstances, such as when obviously chatting to friends. Block access to websites which may house potentially unsuitable material by enacting parental controls. Monitor websites such as Youtube, Facebook and Twitter, and other websites through which strangers may be able to contact your child.

Previous Post: « What to Look for When Hiring a Tradesman for Home Projects
Next Post: Celebrate IBW with a Picnic in Central Park! »