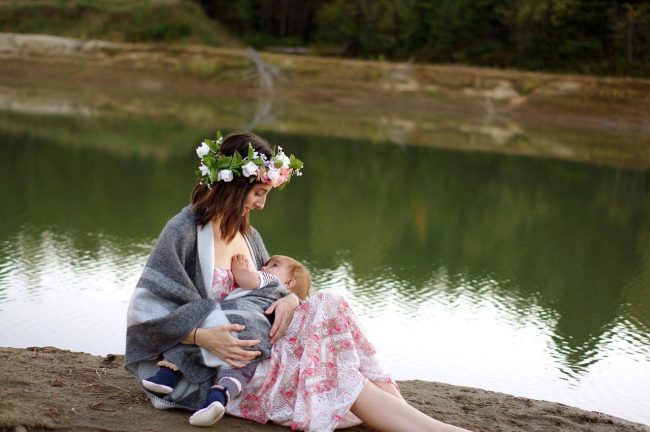 On the cover of most motherhood-based magazines, chances are you’re going to find a serene image of a new mom curled up over her bundle of joy, maybe covered in a blanket, maybe exposed, breastfeeding with a longing look of love and affection on her face. That’s the norm; after all, breastfeeding a new baby ensures they get the most of the available nutrients, while simultaneously strengthening their immune system. Sources claim breastfeeding can even be good for the mother, too — but how big of a difference is there between it and formula feeding? What about for women who, unfortunately, aren’t able to breastfeed

Especially for mothers who want nothing more than to naturally breastfeed their babies for as long as they can, when they’re unable to for a number of different reasons, it can be painful and damaging to their self-esteem. In an interview with Suzanne Barston, author of Bottled Up: How The Way We Feed Babies Has Come to Define Motherhood, And Why It Shouldn’t, she touches on this subject, saying:

“…(I)n many urban, upper-middle-class parenting circles, breastfeeding is not only accepted, it is assumed. So if a mother is formula feeding, she will feel like the odd woman out. It’s actually quite similar to being a breastfeeding mom in a predominately bottle-feeding area of the country — whenever you’re doing something that is challenging moral or social norms, you’re going to feel a sense of judgment.”

There are a number of reasons a woman might choose not to breastfeed, ranging all the way from personal preference, to medical issues that could harm either herself or the baby. For example, women receiving treatment for a form of cancer, or any other illness that forces them to ingest some kind of medication, should avoid breastfeeding to lower the risk of potentially harmful chemicals being transferred to the baby. Other reasons can include something as simple as personal preference — perhaps a new mother’s breasts are too sensitive to juggle a newborn baby and their wandering fingers, finding their long, troublesome little fingernails just a little too much to handle. Maybe they don’t have the time or privacy to breastfeed because they work long hours or are rarely in the privacy of their own home. Of course, there are options for women to pump their milk to offer their child a bottle, but for women who struggle to even produce enough milk to keep their hungry baby satisfied, anything other than formula-feeding isn’t always an option. This explains why many women choose to 100 percent formula-feed their new babies, or to take advantage of both options, especially when newer formula recipes are so much healthier than those of old, with recent studies and a better understanding of the benefits offered by breast milk. For example, Happy Baby Organic Infant Formula offers similar nutrition as to what’s found in breast milk, without the added preservatives or other nasty chemicals that scare away many mothers from formula in the first place. 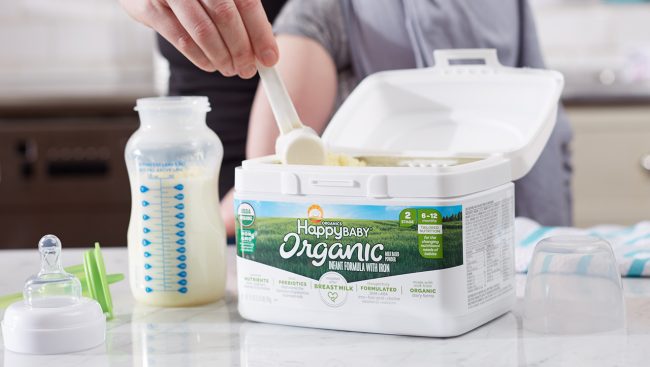 At least there have been amazing advancements in bottle design offering picky babies a better chance at accepting a bottle. Olababy’s GentleBottle is made out of soft medical grade silicone that is soft and shaped like a natural breast to promote an easy transition. Best of all, the bottle is 100% toxin free.

Accepting a Mother’s Right to Choose

When it comes to deciding whether or not a person should breastfeed or not, if they’re unsure about their options, the best person to go to for advice would be a licensed nurse midwife, though most levels of healthcare for women should be able to offer suggestions for the best path for an expecting mother to follow. All new mothers have their challenges to face, and all experienced mothers know exactly what they can expect to go through — so what’s the use in shaming one mother over another, because she chooses a different path? Aren’t the goals all the same, to raise happy, healthy children, even if the methods vary from woman to woman? Women should be able to look to one another for advice and acceptance, as well as understanding and respect. Of all the things that bring women together, pregnancy and motherhood is a big one — as such, it’s important to be there to support one another during such a new, exciting time that is giving birth to a new life!