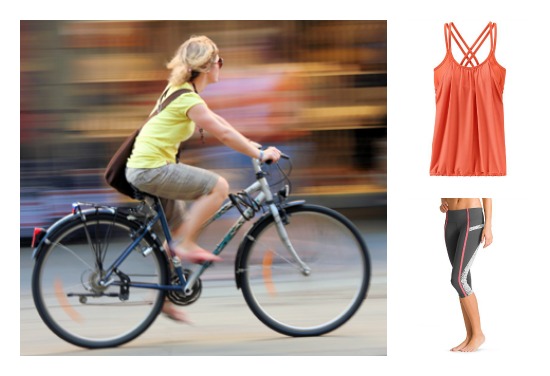 The remits of most sporting clubs are self-explanatory – even to the layperson. Football clubs tend to enter leagues and compete against other teams; golf clubs also have competitive tournaments but are just as likely to be the scene for a gentle game between friends. And so it goes on for cricket, rugby… But what about a cycling club? Many exist in London, but where are they based and what do they do? If you are interested in joining a London cycle club, read on for examples of some of the huge variety of organizations in the city.

BATH ROAD CLUB – Based in Hayes, the Bath Road Club claims to be one of the oldest cycling clubs in the world. Open to every age group and with all aspects of cycling involved, the club’s events include the Hilly 31 time trial, the National series Junior Road Race and – between April and September – weekly 9.2 mile time trials. There is also a Sunday Club and frequent social rides and functions.

HILLINGDON CYCLING CLUB –Hillingdon Cycling Club organises weekly Sunday training rides and also has an active under 23 squad, which trains every Saturday if not racing. The club has two British Cycling coaches on its roster, providing the young squad with bespoke training programs, race selection and guidance on equipment selection and maintenance.

HOUNSLOW AND DISTRICT WHEELERS – This club’s schedule is jam packed with events and activities to suit every taste. There are training rides of varying paces and a full programme of road races, time trials and Audux rides. As well as the annual Club Dinner, the Wheelers’ social calendar also includes tours throughout the year to destinations such as Majorca, Ghent and the Pyrenees.

IMPERIAL RACING TEAM – Describing itself as a cycle racing club, Imperial welcomes membership on the proviso that members race or support its racing program. One of a number of clubs to practice out of Hillingdon Cycle Circuit, Imperial Racing Team’s aim is ‘to race, to promote racing across the sport and promote races for others’.

PEDAL POWER – With its base at Finsbury Park basketball courts, Pedal Power is the cycling club for teenagers and adults with learning disabilities. Set up by Jo Roach in 2004 at Eastway Cycle Track (moving to Finsbury Park to make way for the 2012 Olympic Games), the club lists specialized bikes for a range of disabilities, qualified cycling instructors and games to improve cycling skills among its features.

RAPHA CYCLE CLUB – This is not your traditional cycling club, but it takes the sport just as seriously as the rest. Rapha in fact produces cycling clothing and accessories and there is a network of these branded cycle clubs across the world in San Francisco, New York, Osaka, Sydney and here in London on Clerkenwell Road. Besides housing a fully fitted shop and a trendy café, the club is also the base for regular rides and screens races and other cycling related media.

TWICKENHAM CYCLING CLUB – The club states that when formed in 1893 it was ‘founded with the primary objective of promoting both social and competitive events’. Over 120 years on it seems to be fulfilling that objective – with a series of morning and evening rides throughout every week, regular social catch-ups and a comprehensive program of racing and challenge events.

If you are cycling enthusiast then you can take confidence from the above – with so many London cycling clubs in existence you are clearly in good company.

And if you need some fashionable clothes to wear while you are cycling, consider these…

* Clothes above from Athleta.com

5 Things to Consider When Choosing the Right Diet

How to Improve You & Your Partner’s Health and Happiness

Previous Post: « Save The Earth, One Bambooee At A Time!
Next Post: Totally Cool Nails – For Kids »

Shop White One Piece Swimsuit, White And Black Blouses, Turtlenecks On Sale, Tan Blouses and more. Get this widget.

Are you ready for war? 🦠 Grab @zoeynaturals HAN

Enjoying this unseasonably beautiful weather this

Are you ready for war? 🦠 Grab @zoeynaturals HAN