Our favorite one is the new Converse All Star Hi-Top "The Who" with the cool music inspired Union Jack print. 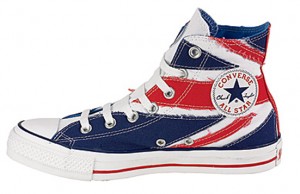 Iconic band graphics and visuals inspire this unique collection of Converse shoe designs that celebrate pioneering bands that disrupted the status-quo and changed music forever. With deep roots in music and rock & roll, Converse has collaborated with numerous artists that represent musical visionaries of the past, present and future. The Converse British Rock series maximizes the indelible imprints of each band on music and culture and the imagery that accompanied their rise. The series is designed for fans of each band as well as music fans of all types to rock in their own way.

The Who is in Journeys stores now-The Ozzy and Pink Floyd collections will be released in February and March of 2009.

The Who
From their earliest mod genesis to their legendary on-stage angst, the images and iconography of The Who is a showcase of British rock in all its glory and the inspiration for The Who ConverseChuck Taylor All Star shoes in this collection. Featuring cool Britannia colors, the mod bulls-eye graphic and The Who logo make up a simple high and a oxford version of shoes that look like they are made for scooters and parkas. The Union Jack embraces the entire upper of a high-top version-more in a sneaker that would make any anglophile proud. And the iconic image of Pete Townshend cradling his guitar whilst in a rock-inspired leap quietly conveys all that is rock and roll.

Shoes in this collection retail for $50 – $55 and can be purchased online at www.Journeys.com as well as in Journeys stores. 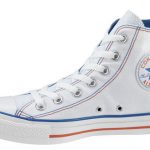 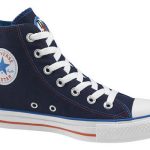 Merging the driving rhythm of British R&B with the soul of rock, the menace of punk, clean mod style and the voice of a generation – The Who White and Blue All Star Hi-tops available at www.converse.com

Previous Post: « Perfect Gift For Your Man On Valentine’s Day
Next Post: Get 20% Off FLABuLESS Orders of $55 or More! »