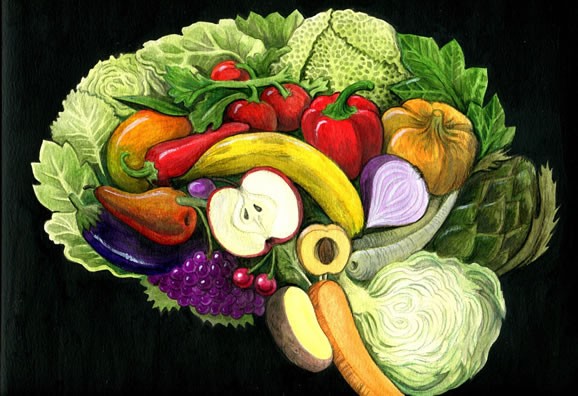 Ever hear the saying, “you are what you eat”? It’s true! If you only eat junk food, do you think your brain is going to function at an optimum level? Logic would tell us, probably not.
The old wives’ tale that certain foods help you with your brain capacity, memory and make your brain healthier may have taken one step closer to being proven. A new international research team studied seniors who consumed certain foods in a large study of over 27,000 people aged 55 or older. Researchers followed these people from 40 different countries for 5 years. They found that those participants which consumed the most nutritious foods tracked in the study had a 25% reduction in their risk of mental decline compared to the group with the least healthy food intake. This study appeared in the May 2015 journal issue of Neurology.

The study’s lead author, Andrew Smyth, noted that it is likely a healthy diet impacts cardiovascular risk factors and this is an important mechanism for reducing the risk of cognitive decline. All participants in this study had diabetes or a history of heart disease, peripheral artery disease or stroke. Another study demonstrated that not only are our physical bodies impacted by food in ways like weight gain, metabolic risk, heart disease risk and diabetes risk, our brains also need healthy food as well.
The examination in the study looked at a multitude of brain factors, such as the person’s ability to recall and remember a list of objects, math abilities, attention span and seven other factors. The results showed that those consuming the most nutritious foods were 24 percent less likely to experience cognitive declines than the least healthy in the group. This didn’t change even when researchers accounted for known confounding factors such as high blood pressure, physical activity and a cancer history. 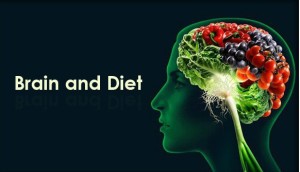 What Foods Are Healthiest for Our Brains?

There’s no “super food” for our brains that we should just eat tons of and it will inevitably result in a high level of cognitive function, memory and increased IQ. However, there are indeed a number of foods that those who are healthier, and show less cognitive decline, typically ate. The thought is that foods with high levels of fat, hormone production, and insulin production (from foods high in sugar) all impacted brain function and cognitive decline rates. Hormones produced by your body, such as HGH or HCG can cause you to gain or lose weight depending on the type of hormone. There’s been significant research already showing that real HCG, for example HCG drops plus, has been shown to help reduce weight, boost metabolism and decrease insulin production.
Several vitamins and nutrients were found to be particularly helpful in preserving cognitive function. These include things you may already be familiar with such as: omega-3, fatty acids, vitamin E, organic fibers, polyphenols (often found in “superfruits” like Green Coffee) and monounsaturated fats. For example, fish is usually very high in Omega-3, although now they are making eggs that have super high levels of Omega-3 as well. Salmon is a very good source. Docosahexanoic acid (DHA) is found in the membranes of our neurons, and is one of the most common forms of Omega-3 fatty acids you’ll find in foods.
Another type of food that really helps increase cognition are those belonging to the Flavanoids. Things like green tea or chocolate have shown great promise in improving cognitive function. In addition, foods high in fiber and Vitamin E also help reduce memory loss, such as asparagus, avocado, nuts and spinach.
If you’re trying to improve your studying for a big midterm or final exam coming up, these foods can certainly help in the short term. However, the real gains comes from lifelong intake of these foods, and having a nutrient rich, regular diet. This not only keeps you sharp for longer, but prevents a host of other problems that are commonplace in modern Western societies (such as heart disease or diabetes). When you take care of your health, you’re not only making yourself look and feel better, you’re making yourself smarter.

Previous Post: « Get In Shape at Fitness Boot Camp in Phuket
Next Post: 14 Days of New & Improved Target Denim! »