We put together a list of our favorite nonfiction titles from Candlewick Press that your little reader will love to receive for Christmas! 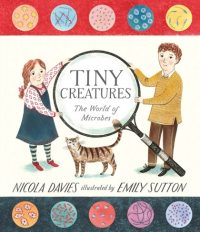 Find out how the smallest things on the planet do some of the biggest jobs in this intriguing introduction to the world of microbes.

All around the world — in the sea, in the soil, in the air, and in your body — there are living things so tiny that millions could fit on an ant’s antenna. They’re busy doing all sorts of things, from giving you a cold and making yogurt to eroding mountains and helping to make the air we breathe. If you could see them with your eye, you’d find that they all look different, and that they’re really good at changing things into something else and at making many more microbes like themselves! From Nicola Davies comes a first exploration for young readers of the world’s tiniest living organisms.

“Simply written and concise… A handsome and rewarding picture book about the power of the ‘tiny creatures.’ ” – Booklist (starred review)

Get Tiny Creatures: The World of Microbes 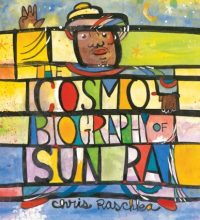 The Cosmobiography of Sun Ra: The Sound of Joy Is Enlightening
Written and illustrated by Chris Raschka

Caldecott Medalist Chris Raschka shares his love of jazz great Sun Ra, just in time to mark the centennial of the musician’s birth.

Jazz musician Sun Ra (1914-1993) always said that he came from Saturn. Being from another planet, he was naturally intrigued by everything earthly — especially music, because music is the one thing on Earth most like the stars. Earthlings themselves confused Sun Ra, the way they sorted themselves by color and fought wars against one another. So he made music. And he traveled with other musicians and singers, calling themselves the Sun Ra Arkestra, playing, singing, and dancing for people all over the planet. Because music, he said, is what holds us all together. Join acclaimed author-illustrator Chris Raschka in celebrating a legend of the jazz world who was truly one of a kind.

Get The Cosmobiography of Sun Ra: The Sound of Joy Is Enlightening 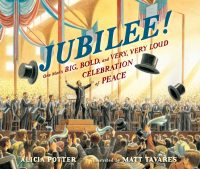 An exuberant picture book applauds the man behind the 1869 National Peace Jubilee, the largest and loudest concert the world had ever seen — or heard.

As a young boy growing up in Ireland, Patrick Sarsfield Gilmore loved music — the louder, the better! This love of music followed him to Boston in 1849, where he became a bandleader. During the brutal Civil War, it was music that kept up his spirits and those of his fellow soldiers. So when the war ended and peace was restored to the country, Patrick had an idea. He would create the biggest, boldest, loudest concert the world had ever known to celebrate. A peace jubilee! But with twelve cannons, forty church bells, one thousand musicians, and ten thousand singers, just how would all of this sound? Matt Tavares’s spirited illustrations burst with sound words in perfect harmony with Alicia Potter’s triumphant story of the joy of music.

« “Potter’s prose and Tavares’s paintings deliver a rousing performance themselves – the sea of humanity packed into the Temple of Peace as the concert begins is breathtaking, and a testament to the immense power of music.” – Publishers Weekly (starred review)

Get Jubilee!: One Man’s Big, Bold, and Very, Very Loud Celebration of Peace

The History of Money: From Bartering to Banking
By Martin Jenkins, illustrated by Satoshi Kitamura

With clarity and humor, Martin Jenkins and Satoshi Kitamura take readers on a fascinating tour of the history of money.

What can take the form of a stone with a hole in the middle, a string of shells, a piece of paper, or a plastic card? The answer is money, of course. But when did we start using it? And why? What does money have to do with writing? And how do taxes and interest work? From the Stone Age to modern banking, this lighthearted and engaging account traces the history of the stuff that makes the world go round.

“A snappy course in the evolution of exchange.” – Kirkus Reviews

Get The History of Money: From Bartering to Banking 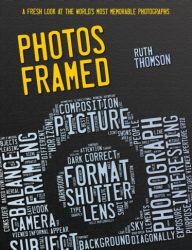 Photos Framed: A Fresh Look at the World’s Most Memorable Photographs
By Ruth Thomson

Portrait. Nature. Art. Documentary. A look at some of the world’s most iconic photographs invites viewers to focus on the medium’s place in art and history.

Photographs can be beautiful or harrowing, honest or manipulative, dramatic or comforting. Photos Framed explores twenty-seven of the most important and vivid photos taken over the medium’s history, from a formal portrait of Louis Daguerre taken in 1844 to a candid shot of a Cuban girl and her doll in 2011. Readers are invited to use their powers of observation to zoom in on photographic elements, blow up details of the subject matter, think about the big picture, and pan out on the photographer. Photos Framed will open viewers’ eyes to the art of photography and its power to tell a story.

“A fine resource and excellent for even a casual perusal.” – Kirkus Reviews

Get Photos Framed: A Fresh Look at the World’s Most Memorable Photographs 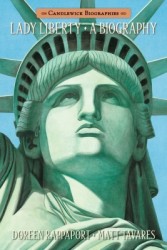 It begins in 1865 as a romantic idea, but ten years later Édouard Laboulaye’s dream catches fire. Sculptor Auguste Bartholdi gives the dream the form of a lady, holding a torch to “enlighten the world.” Engineers, plasterers, carpenters, and coppersmiths work together to turn the lady into a monument more than 100 feet tall. Doreen Rappaport’s poetic vignettes and Matt Tavares’s magnificent images remind us of the origins of a national symbol?-?and show that it took a lot of people to make the Lady.

“Tributes to the Statue of Liberty abound, but this one stands out for its unusual approach and powerful illustrations.” – Kirkus Reviews (starred review) 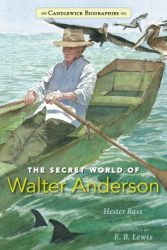 The Secret World of Walter Anderson
By Hester Bass, illustrated by E.B. Lewis

Residents along the Mississippi Gulf Coast thought Walter Anderson was odd, rowing across twelve miles of open water in a leaky skiff to reach Horn, an uninhabited island without running water or electricity. But this solitary artist didn’t much care what they thought as he spent weeks at a time on his personal paradise, sleeping under his boat, sometimes eating whatever washed ashore, sketching and painting the natural surroundings and the animals that became his friends. Here Walter created some of his most brilliant watercolors, work he kept hidden during his lifetime. In a beautifully crafted picture book biography, writer Hester Bass and Caldecott Honor-winning illustrator E. B. Lewis pay homage to an uncompromising American artist.

Get The Secret World of Walter Anderson (Candlewick Biographies)

What type of books are your child interested in?

Previous Post: « Spare the Elbow Grease: Bread Machine Basics for Beginners
Next Post: I love GE reveal® LED Bulbs And Here’s Why You Should Too… »