Bobbi Brown’s site says that the Extreme Party Mascara delivers extreme build, endless volume, exceptional separation and the formula is said to stay flexible, so each coat goes on as fresh as the first whether it’s immediately or hours later. It’s said to go on smooth without clumping, smudging or flaking. “Think of it as the world’s first touchup mascara.” the website says.

Sounds pretty convincing! I mean, what more could you possibly want in a mascara? That is, if you’re looking for volume and the look of false lashes. 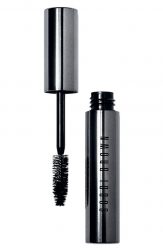 Since I’ve never tried any of Bobbi Brown’s mascara, I can’t say how it compares to past releases. However, as far as mascara goes, I’ve been pretty hooked on my own holy grail of mascara and it would take a lot to make me change brands at this point. But I was willing to give it a shot! 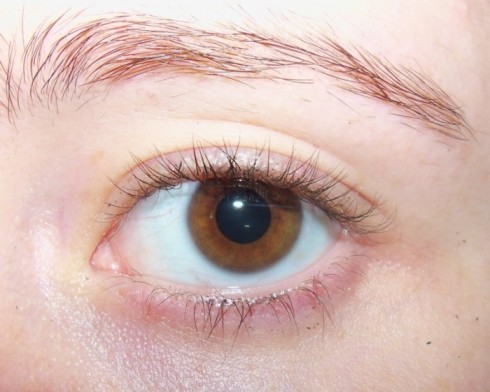 One Coat of Extreme Party Mascara 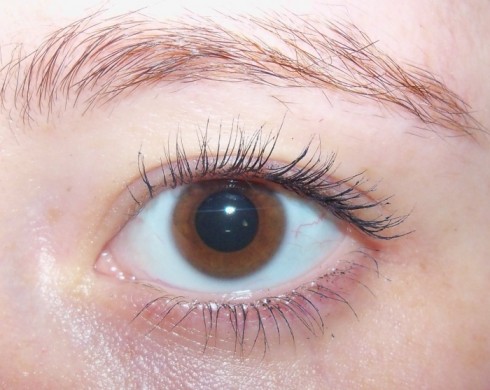 With “extreme” in the name, I really thought the effects would be more… well, extreme! I like the formula and the color is very pretty, but I think my main problem is the brush. I’m so used to the rubber mascara applicators, that I have just about forgotten how to apply mascara with a traditional mascara brush. I couldn’t get as much mascara on my eyelashes as I would have liked, but I still think the result was gorgeous lashes. Not extreme lashes though…

This mascara looks best when teamed up with Bobbi’s Denim Sparkle Eye Shadow. I have on a light layer of the eyeshadow in the picture. It looks a lot more shimmery in person and even after several pictures, the camera just wasn’t able to capture the brilliance unfortunately.

It also is great combined with other eyeshadow colors to create a beautiful smokey eye that is perfect for evenings and special occasions.

A great complimenting lip gloss to go with this is Bobbi Brown’s Raspberry Shimmer Lip Gloss.

for $24. Plus you can enjoy free shipping with every $65+ order on bobbibrown.com.