I received the AT&T Nokia Lumia 920 Phone to review as part of A Gift Money Can’t Buy campaign. 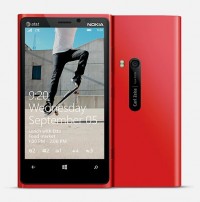 AT&T is not my cell phone service provider so I couldn’t actually make phone calls with this phone, however I was able to use it as a wi-fi device which enabled me to use pretty much ALL features of the phone except making calls.

I’m not used to using Windows 8, so it was cumbersome at first and not as user-friendly as I had hoped. I’m used to using Android operating systems so it was a steep learning curve and I found myself not wanting to play with the phone because of it.

However, the amazing and super high quality camera quickly changed my mind about the phone. I thought my phone had a good camera, but the camera in the Nokia Lumia 920 puts it to SHAME! Amazing, crisp pictures that aren’t blurry, even in low light. I took a few pics in low light with my Droid phone and then took a few pics in low light with the Nokia Lumia 920 and there was no comparison… The Lumia is the master when it comes to picture taking.

Then I set each phone to upload a picture to Facebook. The picture from the Lumia was on my facebook profile within less than a minute. However, my Droid phone took almost 30 minutes. As usual… 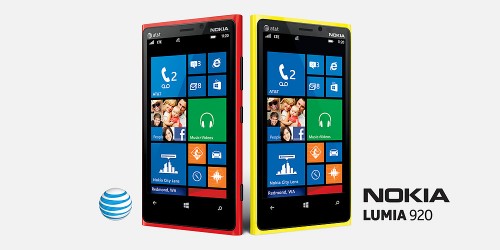 So the only “downside” for me was Windows 8 and I’m sure if I just used it more and got used to it, I might like it. I’m pretty old fashioned though and get stuck in my ways! I don’t like learning new operating systems! I have several computers with Windows 7, Windows Vista, Windows XP and Linux, then I have the iPod and the iPad, a Kindle Fire and I have my Android phone… Each of them work differently and it’s learning from scratch with each of them! That is the most frustrating part of technology for me… I wish everything in the house had the same operating system!

Be sure to check out AT&T’s A Gift That Money Can’t Buy website for gift ideas!