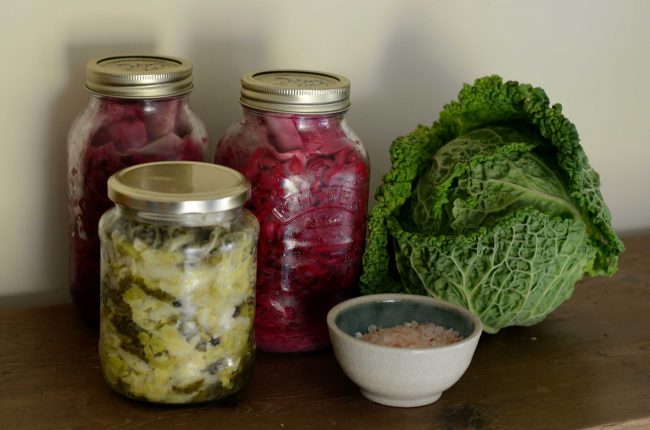 Australia arguably has one of the most health-conscious populations in the world, so it makes sense that the citizens of the country are trend-setters. Some of the foods getting popular in Australia are organic foods or superfoods like organic honey while others may not be what you expect. The following are nine foods rising in Australia that are driven by the health craze.

One food making its way into the hearts and mouths of Australians are fermented foods. People in rural areas of the country have probably been fermenting for some time, but most city dwellers have forgotten this ancient practice. This is no longer the case since people love the idea of getting natural probiotics from foods like sauerkraut, kimchi, or kombucha just to name a few. These foods are not only popular in specialty stores but in restaurants and some large grocery store chains.

The health conscious people in Australia look for natural and nutritious options, which is probably what led many to rekindle their love of nuts. These little guys can be expensive, but that does not stop Australians from purchasing various types of nuts and seeds as often as possible. The most popular nut in Australia is the almond, which is actually a seed. The country grows the seed, and agricultural leaders are growing to meet the demand, which is not slowing down.

It seems that many people in Australia are looking for something healthy and sweet. This desire was satisfied by delicious smoothies in the past, but that is slowly changing since Australia has fallen in love with fruit jams. Of course, there is a catch because health enthusiasts only want jams with natural ingredients and natural sugar. Furthermore, these jams are normally organic and contain no strange preservatives. These jams are growing in popularity thanks to wholesale food suppliers who value what people want. They are willing to deliver the goods no matter what.

A number of Australians are suffering from gluten intolerance, which limits their dietary options considerably. Protein is hard to get for people who do not eat gluten or have an allergy to gluten, but that is no longer the case. Natural Australian agriculture has given rise to the lupin. This part of the legume family is easily digested by the body. The legume is not only good for people living a gluten-free diet; it is also good for those suffering from celiac disease. Lupin is rich in protein, fiber, magnesium, and potassium just to name a few nutrients.

Wines are going through a revolution in Australia. Many wine enthusiasts are turning away from regular wines and choosing to drink natural wines. These wines were made with the natural yeast within the fruit or wild yeast. Some say this wine is made with minimal intervention, which creates a natural and fulfilling wine. This type of wine is not normally filtered and is organic, which makes it ideal for health enthusiasts in the country. This approach has also been applied to other drinks on the rise, such as beers or meads.

There was a time when people wanted their bread to look like the bread in commercials, which usually means it was produced by a big company. It also meant that this kind of bread was probably made with refined sugars, dried yeast, and artificial ingredients. This is part of the reason bread lasted so long, but this kind of bread is losing favor amongst health enthusiasts in Australia. Many are turning to breads made by artisan bread makers who use wild yeast to make their bread instead of dry, active yeast. Bread lovers say this makes wonderful sourdough bread that is packed with extraordinary flavor.

Meat lovers have been turning to organic options in Australia for years now, but there is a new trend in the meat world that is catching fire in Australia. This new trend deals with dried meat. Most meat is dried using chemicals or with the wet-drying technique. This is not exactly the healthiest method of drying meat, but some Australians are using a traditional way of drying meat, which is more nutritious though it takes weeks or even months for the process to be complete. One of the meats that is becoming quite popular due to this process is mutton meat.

The idea of purchasing local foods is starting to take a new form in Australia since more people are interested in native foods. The idea of eating locally not only supports the communities within the country, but it also ensures the freshest most nutritious foods. Some people call this type of cuisine bushfood, and it includes foods like Kakadu plums or even kangaroo meat. There are several patriotic restaurateurs doing their best to introduce Australian flavors, which is helping this trend get some attention.

Milk is changing in many ways in Australia. Of course, vegan milk alternatives have been a norm in several restaurants and stores for some time, such as almond milk, but there are lot of other exciting things happening in the world of milk. For one, mothers are turning to goat milk baby formulas because many believe this is a healthier option. In addition to this change, many milk lovers are now consuming camel’s milk since the population of wild camels is on the rise in Australia. It should be noted that health enthusiasts say these types of dairy products are easily digestible compared to pasteurized cow milk.

These are just nine foods on the rise in Australia. There is no telling what other local or forgotten food might catch health enthusiasts’ attention. Some people may not love the idea of following trends, but at least these food trends may end up helping people feel better and be healthier.

Previous Post: « How Your Glasses Can Make or Break Your Style
Next Post: 5 Tips to Building Your Dream Home »