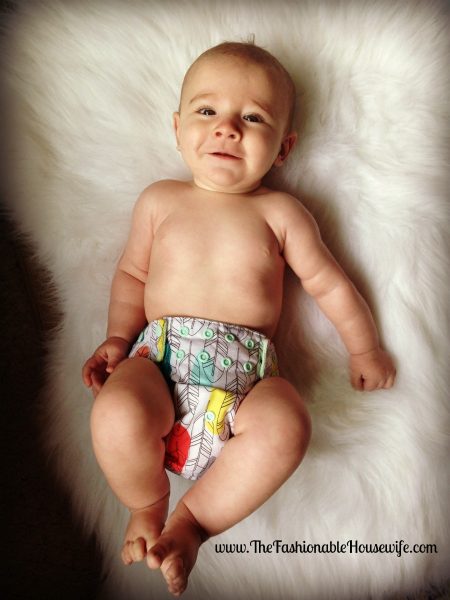 Impending parenthood, especially for first-time mommies and daddies, can seem quite terrifying. Suddenly, you’re now responsible for a tiny human that does nothing but eat, poop, and sleep night and day. Your time is no longer your own, but set around feeding times, your alarm clock, and crying every few hours. Nothing stops the milk machine.

To prepare for those first few months of sleepless nights, round-the-clock feeding and nappie changes, parents need to learn skills in order to survive with their sanity intact. And one such skill is the ability to fold a cloth diaper with your eyes closed. There are plenty of ways to pull it off, but here are seven methods you can read up on and get started with:

This one’s ideal to use with a diaper cover, says the Baby Center. Simply lay the diaper down. It should look like a rectangle to you, with the short edges on top and at the bottom. Fold the left third right over the middle third. Do the same with the right third. You’ll end up with a diaper that’s now a long narrow rectangle. Now open the flaps you’ve created, folding the edges until you form a V. Measure it against the diaper cloth. It should be smaller to fit. Too long? You can fold up a portion of the end to shorten the cloth allowing it to fit.

The HowToFoldaDiaper believes the bikini twist is a favorite for a reason. Lay the diaper flat on top of the diaper cover. Next, put the baby at the back of the diaper, pull the edges between your baby’s legs and twist, by about 180 degrees. Just make sure you the diaper is completely inside the cover before you secure the diaper in place.

Buy a packet of diapers and bring them over to a flat surface. Make sure the space is baby-proof, to ensure that your baby won’t roll and fall over the edge. Now unfold two diapers and put them in front of you like a vertical rectangle. Put on top of the other. If you want to go for better absorbency, using two diapers is one way to achieve just that. Fold the lower left corner of the diaper one third, diagonally. Follow that up by folding the lower right corner over the fold. Then fold the bottom of the rectangle until you have a 12-ply diaper on your hands.

WikiHow tells you to start with the diaper in a square position. Fold the top corner down in half until it meets the bottom corner. Lay the baby over the diaper. The arrowed end should be facing you. Then pull all three tips toward the center and secure the overlap with a diaper pin.

Start with the diaper in a horizontal rectangle. Then fold one side inwards about a quarter. Then turn it so that the arrow point is towards you. Pick up the right corner and fold it until it lays to the center. It should resemble a kite by this time. Pick up the top corner and lay it down over the first two folds. Follow that up by folding the bottom tip. Make sure it’s about a quarter up. Fold the portion but remember to set aside an extra room. This will give it a trapezoidal shape. Then open the fold again, put the baby on the diaper and fold the bottom back up, right back into the trapezoidal shape. Secure with a pin on both sides.

Follow the same steps as with the kite fold. However, you must pin the bottom fold on top of the left and right folds. It’s easier to secure it with just one pin that way.

Start with a square diaper. Make the folded side is on the bottom. Fold the lower right and left corners in a diagonal fashion over a quarter of the square. Make sure the corners meet at the center to create an arrow tip pointing to you. Pick the tip of that arrow point until it meets the center of the diaper. Then fold the left and ride sides so they can meet in the middle. Finally, put the baby on top of the diaper. Hold the tips of the left and right corners to the center and secure both sides in place with two diaper pins.

So there you have it: now you know seven different ways to fold a diaper! All you have to do is practice your diaper-folding skills before the baby comes. For traveling and day trips, make sure you pick quality diapers from trusted brands like Honest. It’s also good to have a few of those on hand for emergencies!

With plenty of time and practice, you’ll be folding one diaper after another like a pro. Happy diapering!

Previous Post: « Is it OK to Let Kids Drink Coffee?
Next Post: The Top 7 Must-See Places in Canada »