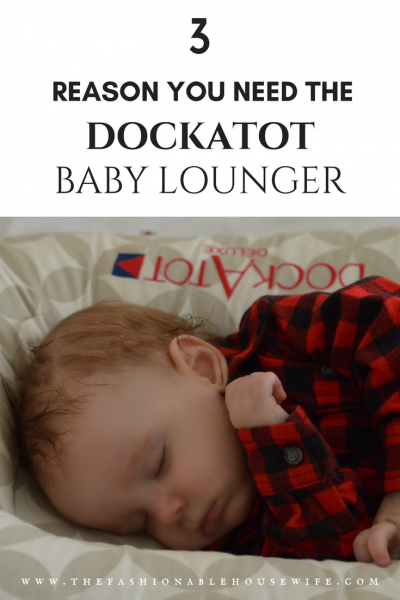 Everyone is talking about DockATot! Really, it’s true! It’s currently one of the most popular baby registry items and for a good reason. There are certainly more than 3 reasons you need the DockATot in your life, but let’s take a look at the biggest reasons today. It may look simple, and you might wonder why no one thought of this concept before now, but let me assure you, this thing is a game changer. 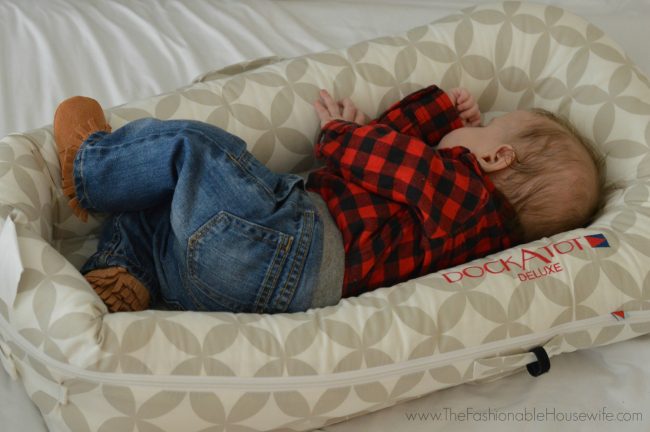 The DockATot Is A Game Changer

This extremely multifunctional baby lounger works overtime, providing your baby with a comfy place to sleep whether you place it in your own bed, in a crib, or in the living room. I’ve even seen pictures on Instagram of it being used on the beach! Not only is it the perfect spot for your baby to sleep, it’s great when they are awake too! It can easily be used as a play mat with their addon toy arch and toy sets, it’s great for tummy time, and it can even be used as a changing table!

Once you get a DockATot, you’ll wonder why you didn’t get one sooner. Its cocoon-like design gives babies a sense of security like being swaddled, but it is even enjoyed by the babies that resist being swaddled and restricted. (I’ve had a couple kids like that!) Using the DockATot with my 4th child has been so amazing, I literally feel like I’m cheating! Isn’t parenting supposed to be hard? Aren’t I supposed to be awake all night with the baby and sleep deprived? The DockATot has made cosleeping so simple. I have only had to get out of bed and walk around with my baby ONCE since he was born. Yes, that’s right, in six months, I’ve been able to nearly sleep through the night without getting out of bed and being disturbed, because of the DockATot. When baby rouses every 2-3 hours, I simply roll over and breastfeed him and we both fall back asleep quickly. He never opens his eyes, he never fully wakes up, I never have to get out of bed, and my husband’s sleep is never disturbed. I hear from so many moms how their husbands choose to sleep in a separate room or end up on the couch because they want uninterrupted sleep. This has never been a problem for us, mainly because of cosleeping. 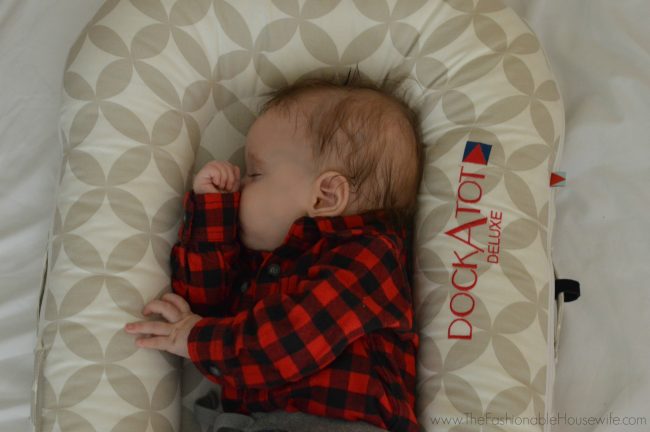 Can’t I Get A DockATot Knockoff?

I’m all about staying on a budget, but when it comes to the safety of your baby, you don’t want to compromise. If you are thinking about looking for a cheaper version of the DockATot or a DockATot knockoff, don’t do it, my friend. Looking for a similar baby nest or day napper might seem appealing if you can save a buck, but like car seats, this is one area where you don’t want to risk going cheap. Why take chances? You don’t know what they are made out of, if your baby should be breathing it, if it contains chemicals or flame retardants, and if it will actually allow your baby to sleep safely. DockATot’s air-flow bumper eliminates the concern about obstructed breathing, it is Oeko-Tex certified, free of harmful substances and chemicals, and it does not harbor heat.

Similar bassinets, travel beds and bedside sleepers all tend to have hard sides, making it cumbersome to take the baby out for breastfeeding and completely impossible to breastfeed while the baby is still laying in it. It turns nighttime feedings into an ordeal which eventually leads to moms giving up breastfeeding too soon. But that’s a subject for another day.

With my first two children, I attempted to make a “baby nest” of sorts with a Boppy pillow, a rolled up towel and a swaddling blanket or two. My babies never liked being laid down on a flat, open area and resisted being swaddled. Creating a nest for them to sleep in that kept them feeling snug and secure worked wonders for us.  My DIY baby nest couldn’t be moved from one room to another, couldn’t go with us wherever we went, it didn’t stay together very well and needed constant reassembly. I’m sure a sancti-mommy would be quick to tell me how “unsafe” it was to devise such a thing, but hey, DockATots didn’t exist back then! I’m sure I’m not the first mom to attempt to make something like this and truth is, most sleep-deprived moms would do anything for a little extra shut-eye, so thank goodness DockATot fulfilled the need for a product like this that is actually safe! 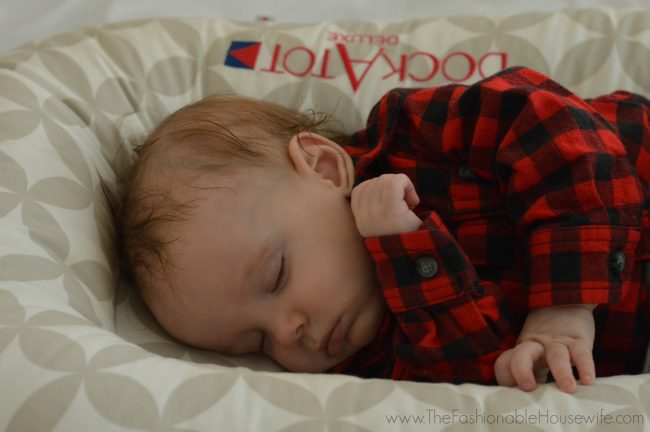 Are You Sure The DockATot Is A Must-Have?

DockATot may be hailed at the “Must-Have For New Parents” but this seasoned mom of 4 can assure you that it’s for ALL parents, not just the new ones. In fact, I think experienced parents of multiple children will appreciate the DockATot more than most since they know the struggle to keep babies napping when older children are running around the house and making noise. Anything that makes your baby sleep longer is a godsend!

Because of its multifunctional design, the DockATot replaces the need for a bassinet, a Moses basket, the Arm’s Reach Cosleeper, the Rock ‘n Play Sleeper, and even a Pack ‘n Play. You’ll find that cushy, super breathable, and lightweight design (with built-in handles) sets the DockATot a head above the rest. Adjusting to life with a new baby can be a challenge, but the DockATot makes it so much easier. As you can see there are actually more than 3 reasons why you need the DockATot in your life.

The Fashionable Housewife names DockATot one of 4 Must-Haves For Co-sleeping Peacefully.

Unlike other products, DockATot is fully machine washable and you can purchase new covers for it as well if you want to change things up. Their new fall collection features gorgeous designs like banana leaves, leafy ferns, gorgeous florals, and even marble.

The DockATot Deluxe starts at $175 and fits babies 0 to 8 months. The DockATot Grand starts at $275 and fits kids 9 months to 3 years old. Check out their new fall designs and look for DockATot in Target, Amazon, Nordstrom, and other major retailers.