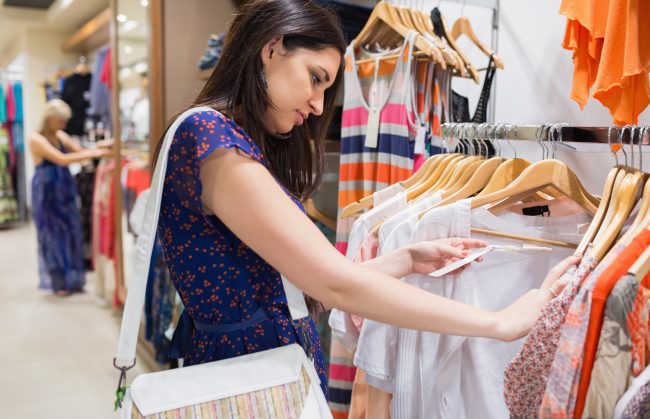 Have you ever felt confused while dress shopping? You’re not alone. It can feel overwhelming when you’re surrounded by all the colors, styles and cuts of dresses hanging on the racks. However, arming yourself with a bit of knowledge should aid you in finding a frock that fits and flatters your body. Although this guide isn’t exhaustive, it’s an introduction to the most common styles and shapes you’ll find in ready-to-wear dresses from most retailers.

If you have an apple body type, you’ve probably been encouraged to buy clothing that features an empire waistline. Why? Because it draws attention away from a thicker midsection and to your bust. It’s also a great choice for some plus-sized folks with inverted triangle body shapes, and its waistband sits right below the chest. If deemphasizing a full stomach is your goal, choose this silhouette when you’re dress shopping. 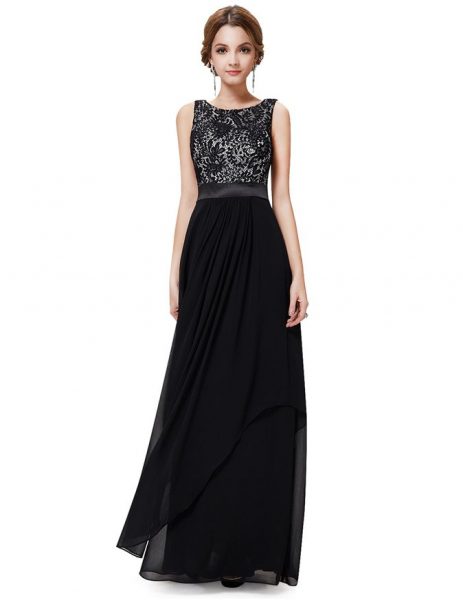 The princess cut is especially flattering for many body shapes, as it has multiple benefits in its design. Although it’s easily mixed up with the A-line silhouette, the major difference is the princess style’s fitted bodice which tapers at the waist, narrowing slightly before expanding outward into a free-flowing skirt. Those will pear and apple body styles will love this silhouette, as it doesn’t feel too tight at the tummy while its structure imparts a slimming effect. Meanwhile, the full skirt will draw eyes downward, away from your midsection.

The primary feature of the basque-cut dress is its V-shaped body, which works wonders to draw attention to your hips. It also creates the illusion of a longer body, which can visibly lengthen the look for pear body shape, especially people with shorter waists and wider hips. You might have heard this silhouette also called a “dropped-V” waist, and it first came into vogue in the early part of the 20th century. Look at movies and television shows from the 1950s, and you’ll notice actresses sporting basque-waist frocks that are very full in the skirt and extremely small in the waist.

You might think that the wrap dress is making a comeback, but the truth is, it never disappeared from the fashion scene. This shape works its magic by separating your chest and waist, then lifting the bust to give you a more defined silhouette. The fuller bottom can also excel in disguising wide hips, which is why it’s a favorite amongst curvy types. However, those with inverted triangle or rectangular figures can use it to create the illusion of curves.

The mermaid cut dress is easily a classic, reappearing in different forms nearly every decade. You might remember this style from the days of old Hollywood, given its glamorous image as worn by stars such as Marilyn Monroe and Lena Horne. That same glamor has been revisited by modern-day actresses such as Laverne Cox and Sofia Vergara. It’s flattering because of its hourglass shape and multiple visual vocal points. They’re also incredibly versatile, as they work well with any neckline, fabric or sleeve length. This style is a special occasion favorite that allows you to rock your curves and look incredibly fabulous.

For decades, you’ve probably seen A-list celebs rocking halter-cut dresses on the red carpet. It’s a perennial choice drawing attention to your bust, a pair of great arms or some well-defined shoulders. The halter cut can be incorporated with common silhouettes such as mermaid and princess cuts, and will make a stunning statement at any event.

Now that you know a little about common dress styles and cuts, you’re ready to go shopping. You should have an easier time sorting among the offerings on the racks to find something that flatters you and makes you feel great. Allow plenty of time during your shopping trip to look around, and once you have a style in mind, you should find the perfect frock for your next event.