Kratom has been traditionally used as a natural herbal medicine in South-East Asia since time immemorial.

It has in recent times gained popularity in USA and Europe, although it has not as yet been approved for consumption. It is used in as a stimulant in low doses, a sedative at higher doses, its analgesic properties and even as a treatment for opiate addiction. In the USA kratom is mainly used for pain management to replace or reduce opiates or regular pain killers. Maeng Da is one of the most popular strains of kratom due to its high alkaloid content.

An interesting development has happened in the world of Kratom, with extracts from Mitragyna Speciosa, being used in a range of cosmetics by European company Herba Invest that has gained European regulatory approval for their products, making it the world’s first kratom containing products that have achieved an official approval to sell from a regulatory agency, in this case the European Union, which is known to have the strictest safety standards in the world.

The new range of kratom is called Speciosa Care, which is already on sale at buy-kratom.us, where you can check out the full range which includes a hair shampoo and conditioner, shower gel, a hand & body liquid soap, body lotion and a hand & face cream. 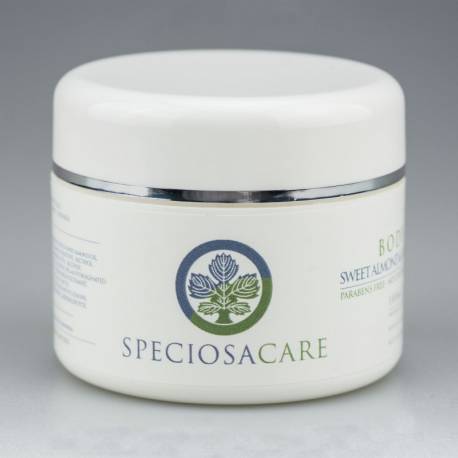 But why would you use kratom extracts in cosmetics you might ask. Well certainly, not to get you high or to use as a pain killer, since these cosmetics have no psychoactive properties whatsoever. However, kratom is unique in that it contains two compounds catechin and rhamnose, which are normally extracted from two separate plants, but they are unique to kratom in that it contains both.

Catechin and rhamnose are increasingly being used in high-end cosmetics because of the powerful properties they possess to promote healthy hair and skin. It also contains mitragynine, an active alkaloid in the plant Mitragyna Speciosa that is known for its benefits to prevent cell damage and help fight free radicals. The Speciosa Care cosmetics also have powerful antibacterial properties.

Furthermore, studies have exposed the anti-oxidative and anti-carcinogen content of Kratom. Antioxidants slow or prevent the most feared effect of free radicals – oxidation – a process that causes damage from oxygen and can lead to cell dysfunction. Examples of oxidation are the rusting of iron, or an apple turning brown when peeled. Antioxidants protect against this effect of free radicals, preserving a youthful appearance of the skin.

The global cosmetic dermatology industry is actually quite huge, so companies are always looking for new and innovative ingredients, which is why kratom got the attention of Herba Invest who spent years of research working with the University of Turin in Italy to gain the necessary regulatory approval from the European Union to sell as a cosmetic that will come into external contact with human hair or skin. They are the first to achieve an official legally recognized kratom product.

A spokesman for Herba Invest said “We are very proud that the positive properties of kratom are being recognized and to have introduced the world’s first range of legally approved luxury cosmetics that contain kratom as an active ingredient.”

Herba Invest also told us they are in final stage of approval and bringing to market a new anti-inflammatory light gel with Mitragyna Speciosa as an active ingredient that will absorb fast into your skin. We will keep you up-to-date with any new developments.

The Speciosa Care range contains natural ingredients, they are self-preserving and paraben free and have not been tested on animals.

If you are considering more extensive treatments and are even considering cosmetic surgery, Guy Sterne is one of the leading surgeons in the United Kingdom with decades of experience in breast, tummy and facial surgery. Have a look at his website for more information on procedures and consultations.

Previous Post: « 6 Useless Money Spending Habits You Want to Break
Next Post: Rules & Tips On How To Wear Leggings »