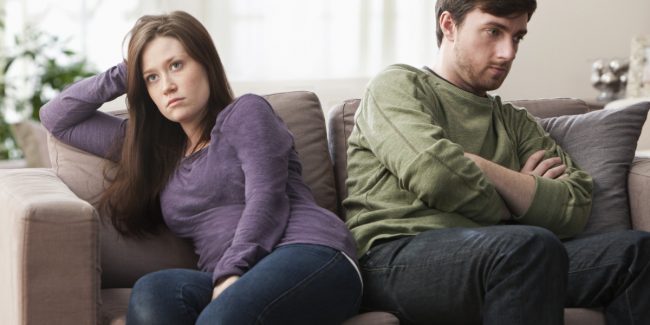 Dating comes with a barrage of complications.  It’s hard enough to find someone, but when you do, the frustration does not end there.  What happens if things seem to be going well with your man and then you feel as if he’s pulling away.  Is it you, is it him, or is there an outside factor making you feel he’s distant?

People get tense for a number of reasons – poor  health, money problems, an issue at work, etc.  Similarly, people can feel tense for good reasons too – a raise, a new lover, etc.  People have various personalities, and while some talk about their feelings, others retreat.  Therefore, rather than think you’re the reason he seems distant, confront him about what is going on in his life.  It could involve his children, job, parents, etc.  The bad news is that he could be having problems, but the good news is that you can be a part of the solution or at least in making him feel better.

Of course, it’s normal to want a man to feel similar regarding the way you feel.  If you like a guy, you want him to like you back and maybe even more.  However, some people feel pressured regarding expectations.  He may have just gotten out of a serious relationship, he may not be looking for a serious relationship, or he wants to take things slow.  Such instances will make a man feel pressured, especially if he knows that you like him and expect him to feel the same.  If you really like him, give him space and ease off.  If you feel as if you need him to feel the same way, ask him how he’s feeling and be prepared for the worst.

Some people need a lot of time to get used to dating another person.  If he’s being distant, it may be because he’s unsure about where the relationship is going.  Similar to above, he may feel like he’s the one that is more emotionally invested and he’s backing away as a way of protecting himself.  A number of things can make either partner feel unsure of where the relationship is headed.  The best way to ease immediate anxieties is to bring these feelings to the forefront and have an open conversation.

These days, people have more than enough venues to meet others on and offline.  All it takes is a few pictures and minutes to establish a profile on one of many dating sites in order to meet scores of singles.  If your guy seems distant it may be because he’s dividing his time between you and another person (maybe several others).  Don’t assume that he’s not seeing other people.  If there was no discussion made about being exclusive then the door is open.  Some people are traditional and don’t like dating several people at the same time.  That’s fine, yet if you’re one of them, don’t assume all modern daters think that way.

Whether it’s intentional or accidental, he may be distant in order to get a response from you.  Some people are insecure and need some kind of reinforcement from the people they date.  It may be that he really likes you but has doubts about whether you feel the same way.  He may think that if he is distant, he’ll be ‘forcing your hand.’  You’ll either be hurt and pull him closer or you won’t care and will lose interest.  Either way, he gets you to react and subsequently address his concerns.  If you really care about him, be forthright and have an honest conversation.  Tell him that he seems distant and reveal your feelings.  That way, you’ll be modeling good behavior, which should make him feel shameful that he needed to play games in the first place.  Instead of asking why do men pull away, consider why they may be doing it.

He’s Not Into You

Unfortunately, not every person you like is going to like you back.  You’re likely to understand that.  However, some people need a reminder.  Sometimes, things aren’t as complicated as overthinking would make them appear.  If he seems distant, it may be that he’s not into you, which is unfortunate, but not the end of the world.  Look at it this way – he’s inviting the opportunity for you to find another person who will appreciate you and have feelings for you.  Don’t waste too much time worrying about a present relationship if it isn’t working.  Place hope in the future and improve your present situation, which may entail getting rid of him.

GUEST BLOGGER: Janice Peterson has worked as a relationship therapist for many years. She spends time each month answering women’s questions on love, sex, and romance via social media and also participates on relationship and lifestyle blogs by writing articles.

Previous Post: « Frugal Facts for Ensuring Child Safety in Your Family Car
Next Post: How To Travel Abroad with Kids »