Ok so I just finished day 3 of the CES! The show is huge. There is no way one person could see everything here, but I made an effort to cover as much ground as I could!

My main goal was to cover Intel Tablets first and foremost, specifically with a focus on Intel tablets. Lucky for me they were the star of the show!

Intel based tablets are powerful and have pretty good battery life. You can get them both with android or windows. The Intel based tablets have a real advantage over other architectures. This is because they can run standard windows programs like you would on a desktop. Where as other types of cpus are limited to the windows app store.

What Intel was really pushing this year was their new Real Sense technology. It allows you to take pictures with depth. Now lets cut through these buzz words and vague descriptions… What this means to the user is this; You will be able to just point you camera, take a picture, and not have to worry about things like focus. It can be changed after the fact with a simple touch. It’s uses do not end there though! Because it understands depth, it can track hand movements which allows you to gesture in place of a mouse or controller, without ever touching the device. It can also be used to scan real objects into 3D. A person at the Intel booth used a tablet to scan me and sent the data to a 3D laser etcher. 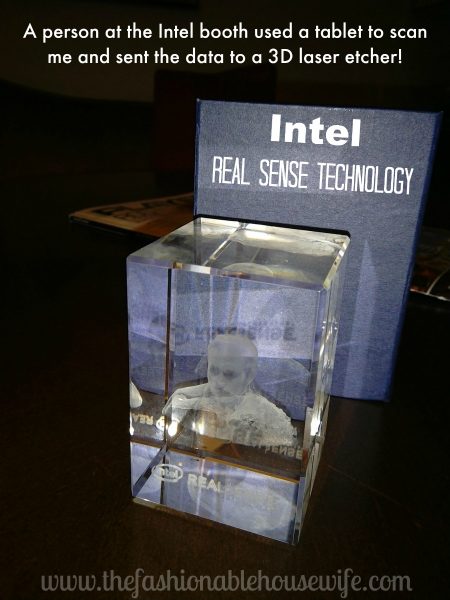 Another popular item at the show was 3D printers. They are a “small” device that allows you to create small plastic objects. While that may not sound very exciting at first, I think it’s a tool that could be immeasurably useful around the home. Have you ever had a gadget that had a tiny piece of plastic break, making it useless? Well if you had a 3D printer you could just print out a new part! In addition to that, you could also make whole new items from scratch. There was even someone showing a 3D printed prosthetic arm.

We saw a lot of drones at the show that were quite impressive. They are more than just an interesting toy. Many have very practical uses! 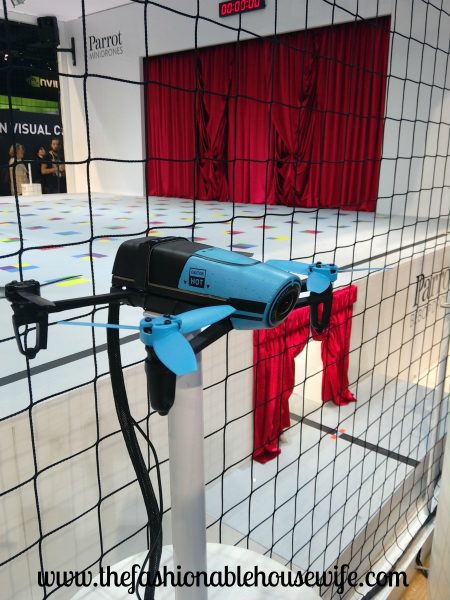 For the consumer it’s uses are mostly taking pictures, shooting video, and of course, just having fun! However not all the drones were bulky things you control remotely.

Wearables were also at the show in full force. All kinds of shapes and sizes! Most of the “wearable” technology I saw were devices you wear that keep track of things like heart rate, sleep cycles, etc and ones that give you messages or alerts. 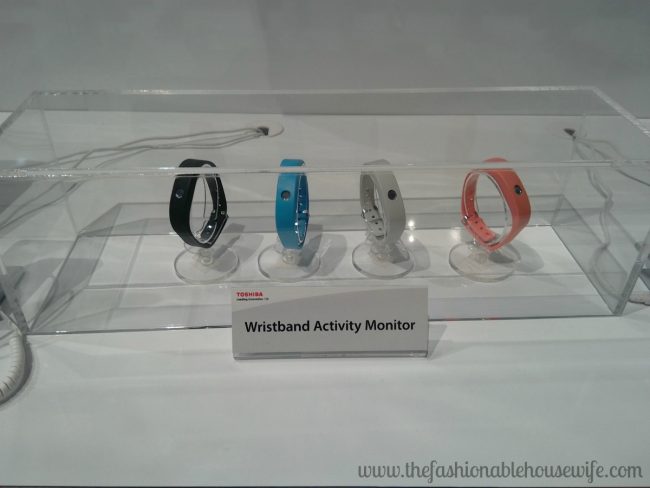 The Nixie is the winner of the “Make It Wearable” challenge. You can wear on your wrist, then you simply throw the device, it takes a picture of you and then flies back. That’s taking “selfies” to a whole new level!

I could keep going, but then this would be a very long read! So keep your eyes peeled for a follow up post tomorrow, because there’s a lot I have not covered yet!

What do you think of everything so far?!

#spon: I’m required to disclose a relationship between our site and Intel. This could include the Intel Corporation providing us w/content, product, access or other forms of payment.

Doug is our resident technology and electronics expert. We refer to him with all our computer problems, questions and programing needs. He is attending CES 2015 in Las Vegas on our behalf, as part of the Intel Tablet Crew and we couldn't be more excited!

Previous Post: « In the Here and Now: Why You Need to Stop Living a Distracted Life
Next Post: Problems for Nursing Homes: Elderly Elopement and Wandering »