The Top 5 Signs He Will Never Commit To You 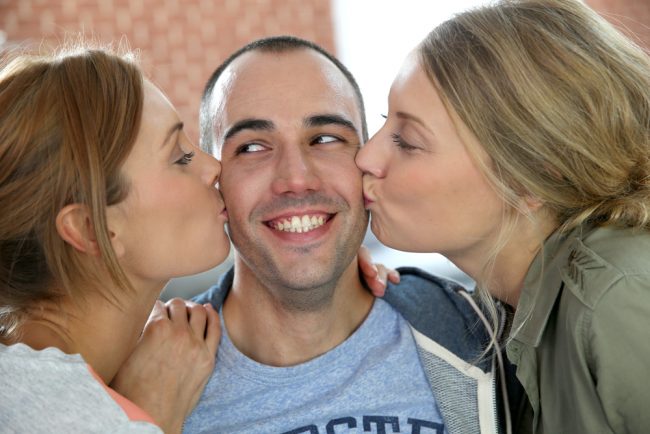 A question I get all the time from women is, “How can I tell whether he’s going to commit to me?”

It’s a tough question to struggle with – because most of the time it’s accompanied by that sick, worried, uneasy feeling about whether he’ll really commit or not.

Most women who ask me that question have a bad feeling about the man they want committing to them. They feel anxious, nervous about the future, and confused as to where things are headed – and that’s a horrible feeling to carry in a relationship.

So with that in mind, I want to give you the top 5 signs that a guy isn’t going to commit to you. If you see more than 2 of these signs from a guy – it means he’s probably not going to be interested in committing to you, and if commitment is what you’re looking for – he’s probably not the guy.

Here are the 5 signs to watch out for that mean he’s not going to commit to you:

Commitment isn’t just about exclusivity. It’s also about opening up your life and sharing it with another person.

A guy who’s on the road to commitment is going to want to open up and share his life with his partner. That means that he’s going to value her opinion, and he’s going to talk to her before he makes a big decision.

This is maybe the most important (and obvious) sign that he’s never going to commit, and yet women ignore it every day.

Here’s a super important rule: if he says he doesn’t want a relationship – believe him.

The truth is, there are a million different ways to say that you don’t want a relationship, and the nicer he tries to be about it the more confusing his “explanation” will sound.

That’s why any “excuses” or “reasons” he gives you as to why he “can’t” be in a relationship right now are mostly for your benefit – and don’t really mean anything. They’re not real reasons – he’s just trying to be nice about it.

So if he gives you some “reasons” why he’s just not “ready” for a relationship right now – the only important thing to take away from that is that he doesn’t want a relationship – and that’s the only part you should pay attention to.

Alone – this isn’t a strong reason to think that he’ll never commit to you. He might have a weird relationship with his family, or one of a million other reasons why it’s not happening.

But taken in conjunction with other items on this list, it’s a strong sign that he’s not going to commit.

Family is important – and when you commit to (and eventually marry) someone, you bring them into your family, just like they bring you into theirs.

A guy will show it when something or someone is important to him – he won’t keep it a secret.

Guys show that things are important to them in a variety of ways – but one of the biggest (and most obvious) ways they show it is through how they prioritize, and how they spend their time.

No matter how busy a guy is, if something is a priority for him he’s going to find the time for it. Even if it’s not a lot of time, or not as much time as you’d want, if you’re a priority and he’s super busy, he’ll fit you into his schedule.

But if he’s constantly making the excuse that he’s busy – and never trying to make time for you (even a little bit), it means you’re not a priority to him, which means he’s probably not going to commit to you.

Guys will gladly put effort and time into things they care about – it’s the reason you’ll see a guy spending hours setting his fantasy football lineup, or waiting in line for hours to get tickets to a game.

They’ll gladly do that because it doesn’t feel like work to them – it feels good to put the work and effort in because they enjoy doing it.

If he’s enjoying the relationship (meaning that the vibe is good, and both of you want to be there and enjoy each other), then he’s going to naturally want to put effort into dating you.

That means he’s not going to only call late at night. It means he’s going to put effort into making you happy. And it means you’re important to him.

However, if he’s putting in the effort, it means he cares about you and making you happy – and that’s a huge sign that he’s going to want something more with you in the future.

Vixendaily.com is the only site out there that specializes in mind-reading quizzes, content and advice tailored to your particular needs.  It’s like having your own personal mentor guiding you through life’s challenges every step of the way!

It was founded by dating and relationship expert, Nick Bastion, who is the main contributor to the Love & Relationship Advice section of the site.