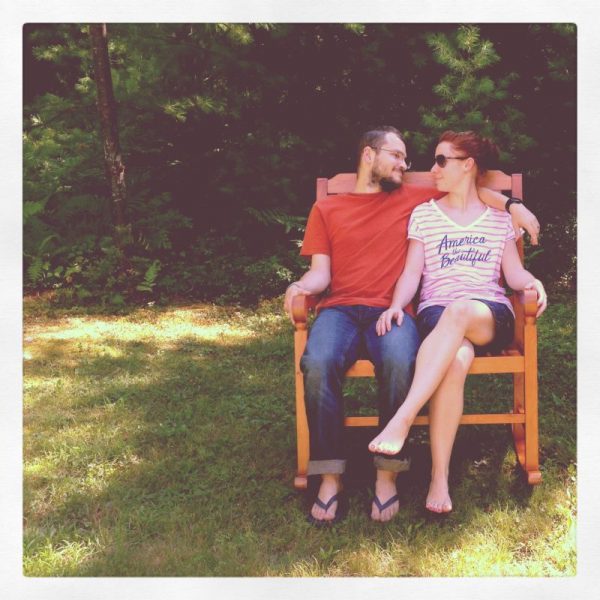 Friends is a subjective term, and at times, it’s just a sure way of keeping a safe distance from rejection despite one’s true feelings.  It’s not unusual to have friends who are the opposite sex, yet some women are shocked to find that their male buddy is actually a hopeful beau in waiting.  How can you find out if he’s really just your friend or just biding his time until he lets you know he has the hots for you?  Take note of the following signs in case you have mutual feelings or want to avoid an eventual yet awkward admittance.

It’s not unusual for friends to make plans, yet if the both of you have numerous friends in common, odds are that he won’t come up with exclusive plans for the two of you too often.  Meaning, if he seems to forget to invite others along or gives a shrug whenever you suggest others join in the fun, it’s very likely that he really wants time alone with you.  For example, going out to eat at a burger joint with the gang is friendly, but a dinner for two at a nice restaurant is more of a date whether he admits it or not.

Of course, it’s likely that you’re bound to meet his family when you go to pick him up or if you’re vegging out watching television at his family’s home.  However, most guys who have feelings for a special someone will want them to meet their mother, father, and siblings so the family members can weigh in on the potential mate.  Be mindful of how you meet his family; meeting them by chance is one thing, yet if he makes it a point that you meet them, he may have future romantic plans for the both of you.

Usually, friends get tired at night or have to adhere to a curfew.  Friends love spending time together, yet  multiple hours is usually enough for most.  If he regularly hangs around late or is always the last one to leave, he may be hoping that a late night hangout segues into a makeout fest.  He may stick around at times to help you cleanup or engage in conversation, yet if he is always the last one to linger, it’s likely he has romantic intentions.  If you think he has more-than-friends feelings for you, and you feel the same, read A New Mode to find out how to seduce a man.

It’s not uncommon for friends to serve as occasional dates to proms, weddings, and other formal events.  Yet, some events have more romantic overtones.  A wedding is usually reserved for those who are dating or married to attend together.  If he asks you to be his date, pay close attention to how he vindicates the invitation.  Is his “first choice” busy, or is he afraid of being bored at the event?  If he has no real excuse for asking, he might just want to see what it’s like for you to be his date in a romantic setting.

Going to Nordstrom to shop for clothes is a friendly thing to do.  However, going to the beach alone to enjoy the sunset is usually reserved for couples.  Take note of the kind of places he takes you in addition to other people at those settings.  Like eating out above, there’s a distinct contrast between going someplace as friends and going to a place that is a destination for lovers.  A heavy metal concert is one thing and going to see Romeo and Juliet in the park is another.

Usually, friends tell each other about their respective love interests.  Maybe he won’t talk to you like you’re one of the guys, yet those with zero romantic intentions will have no problems telling you about girls of interest, even going as far as asking you to hook them up with one of your female friends.  However, if you’re the object of their affection, they will be mindful as not to talk about or even look at other girls in a sexual manner.

Of course, if he has feelings for you, he will not think very much about any of your boyfriends or love interests, often pointing out their faults and telling you that you deserve better.  Pay attention to how he treats or talks about your past or current boyfriends.  Even if the other guys are perfect for you, he will be quick to point out their shortcomings or urge you to see another side of them.  It’s not that he’s hateful; he’s just being a hater since he wants you for himself!

GUEST BLOGGER: Since 2009, Eric Charles has been writing love advice, dating tips and relationship women all over the world.  He’s delved deeply into the psychology of how to understand men, what men want in a relationship and what makes men commit, as well as how to deal with relationship problems of all shapes and sizes. Eric has always been interested in the human mind and is passionate about helping people improve their lives on every level. Eric has contributed to several websites, utilizing his insights and skills to help both men and women find happiness within themselves as well as in their relationships. Today, Eric is the co-founder of A New Mode, A New Modes Ask a Guy and co-author of “He’s Not That Complicated”.

Previous Post: « Creating A Smart Home System For Your Family
Next Post: Al Fresco Wants You To #FIGHTBACKBETTER Against Breast Cancer »

Did you know that your non stick cookware can rele

Did you know that your non stick cookware can rele