A foster child will arrive with a foster carer with many issues that need to be resolved in order for them to learn, thrive and develop. What can complicate matters are attachment difficulties. But what is attachment disorder and how do foster carers spot the signs?

When a child falls and scrapes his or her knee, what would be the expected response? More often than not, the child would turn to their parents for comfort.

If not their parents, they would find the ‘supervising’ adult, someone they knew such as a grandparent or their teacher. This is because in childhood, from the moment they were born, a child forms a bond with their primary caregiver. But when this bond is compromised or doesn’t exist, a baby or small child won’t form the same kind of attachment. This leads to issues and difficulties which can color every relationship and friendship they will have and is something that we know as attachment disorder.

A child with attachment disorder who falls and scrapes their knee may not seek attention or comfort, or they may seek it in from people who are ‘strangers’ to them.

This is a simple example but it highlights how children who have not formed bonds with their primary caregivers in their early years can react and respond to people and relationships.

Who can suffer from attachment difficulties and does it get better?

The first question often asked when a disorder is diagnosed is ‘can it be cured?’.

Attachment disorder is complex because how it manifests itself varies from one child or adult to another. But with vigilant and trained foster carers, children and young people who initially display attachment difficulties can go on to live fulfilling lives, with positive relationships and friendships.

Attachment disorder can affect anyone who has not formed a close bond with a caregiver in their early years.

It is not a disorder that affects only foster children but can be the result of abuse or neglect, the loss of a parent, a child who has been adopted or a child who for whatever reason, has not enjoyed the close bond that comes with a healthy parent/child relationship.

There are many ways in which attachment difficulty shows in children, young people and adults.

Within the fostering system, carers are trained to look for the signs of attachment disorder because the sooner it is spotted and therapeutic interventions start, the better.

Bear in mind, the following symptoms could describe a number of disorders. If you think a child you look after displays some of these, contact your social worker for advice.

A child display attachment disorder may;

Foster carers will need empathy and patience in parenting a child with attachment difficulties. Whilst a stable, safe and nurturing homelife is a big step in the right direction, there is often a need for a range of therapeutic interventions.

But, foster carers through their resilience and experience have continued to make a huge difference to children in their care. And you could too! 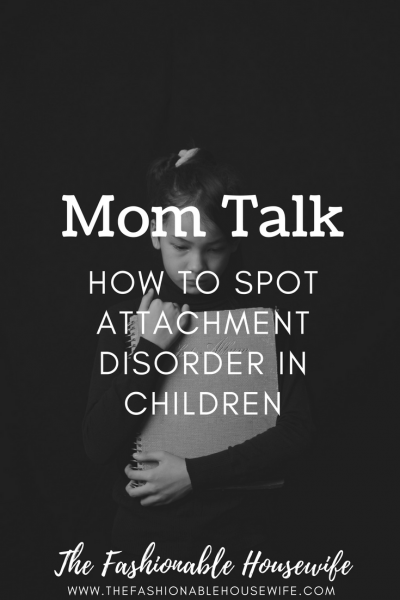 Foster Care Associates Scotland are seeking foster carers to offer children a safe, nurturing home where their early year experiences can be processed in a safe and nurturing family environment. Are you that person?