Now the CES is over, let me try to give you a glimpse inside the show.

A lot of new smart “Smart” devices were presented at the show. I was dazzled by everything from smart cars to smart beer kegs, and everything in between. The show to say the least was flashy! After all, there were thousands of booths with each of them trying to stand out and get your attention. The Intel booth itself was a good example of this with blue lights everywhere, dancing spider robots, and that 3D printer spider dress that matched them! 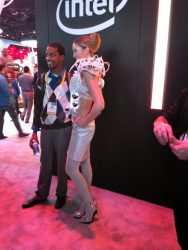 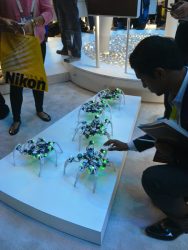 However there were other notable gadgets that were showy by their very nature. 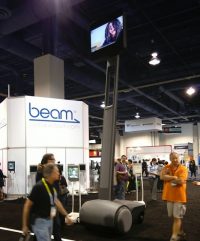 Or ChihiraAico – a communication android… 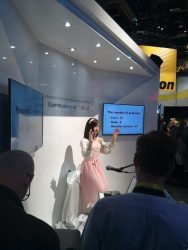 I also saw a lot of trends at the show. 4k TV’s were big at the show, which means television screens will be able display pictures that are 4 times as fine as 1080p. Another trend in television that was nearly ubiquitous was curved TV’s. Though curved televisions look interesting, I’m really not sure what benefits are gained from it. 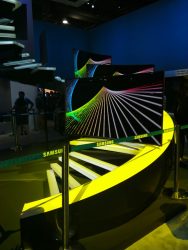 There was also a lot of wearable technology. Most were gadgets to help with health and fitness. However there was a marked presence when it comes to “Smart glasses” that provide for augmented reality. What is augmented reality? In this case it’s technology that overlays your vision giving information on things you’re looking at. Many can also operate a lot like your smart phone would, keeping you up to date with events, make phone calls, etc… basically it can be used to make everyday tasks easier. 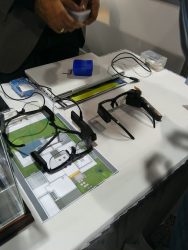 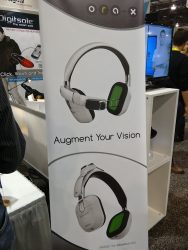 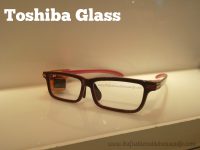 Another bit of wearable technology that caught my eye was Fasetto’s Link. It’s a wrist band that acts as wireless storage for your phone, desktop, or whatever. It’s not a tiny amount like flash drives though. With storage amounts up to 1 Tera-byte, it can compete with desktop hard drives. 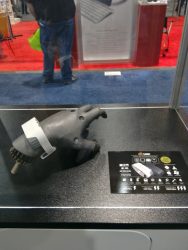 It was also a big year for tablets. Around every corner was another vendor showing off their tablets. But I would say the best of the tablets with technology that’s usable on a day to day basis in real world setting was at the Intel booth!

They had a huge wacom tablet called the “Cintiq” for artists. A tablet with a built in projector which would be really great for meetings or even playing videos for all the kids where ever you happen to be. And of course the Real Sense equipped Dell Venue 8 7000 that allows you take pictures with depth. If you doubt the ability of tablets in general, I covered the CES using just a tablet. That includes the photography and the posts I wrote while at the show. I even managed to find the tablet I was using being shown at the Intel booth (Lenovo tab S8-50). 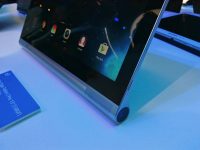 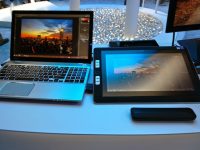 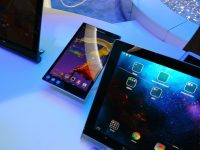 For me, Intel Tablets were definitely the star of the show. It’s no wonders why Intel’s booth was chosen as the “Most Eye-Catching” booth according to “Find The Best” in Time magazine.

What do you think of everything we covered?!

#spon: I’m required to disclose a relationship between our site and Intel. This could include the Intel Corporation providing us w/content, product, access or other forms of payment.

Doug is our resident technology and electronics expert. We refer to him with all our computer problems, questions and programing needs. He is attending CES 2015 in Las Vegas on our behalf, as part of the Intel Tablet Crew and we couldn't be more excited!