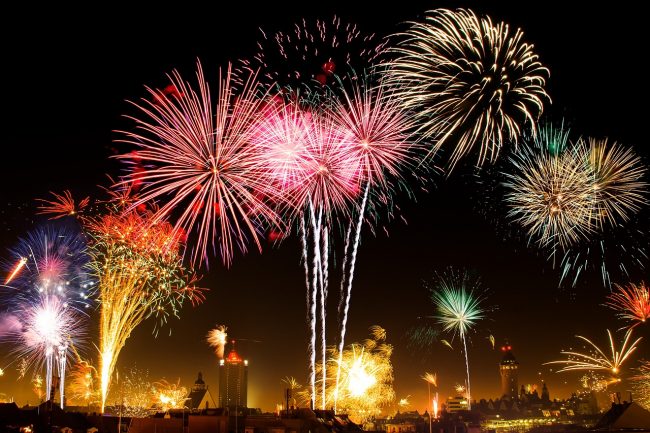 You know one common thing that often proves to be somewhat troublesome? Coming up with something that you want from someone as a gift for any occasion. You might say “I don’t think I would ever have that problem, there are so many things that I want.”, but realistically speaking, how many of those are viable present ideas? You cannot expect someone gift you a giant mansion in the Hollywood Hills for Christmas or a Rolls-Royce Phantom for your birthday, so you might need to cut the scale down a little bit. Of course, that does not mean that you cannot get smaller but still nice things which will surely make you smile when you need them to. Best thing to do is to preemptively go and make a wish list in a diary, journal or your phone, which you can refer back to whenever the situation arises. Without any further ado, let us look at a few things which would be excellent additions to the said list, with things you actually would want, but also not leaving the nice person buying you the presents financially destitute.

After all, who doesn’t like smelling good? No one that’s who. If you want to give someone an affordable yet great present idea no matter what the occasion may be, then you can’t go wrong with asking for some fancy perfume. Being able to get some fancy Chanel or Burberry perfume for less than a hundred dollars is not too uncommon, so you can be feeling guilt-free when asking for them. Not to mention, a decently-sized bottle lasts for quite a few months, so not only is it useful, it is relatively cost-efficient.

Because a t-shirt just does not do you justice at night, and you want to feel special during all times of day. People are often getting lazy nowadays and just settling for mediocre pajamas or onesies as sleeping attire, but why not break the norm and go for something a bit classier, something with more style and refinement. Now it doesn’t have to be overly expensive from the latest clothing line made by the trendiest designer at the time, it’s mostly the form that matters here. Going for a beautiful sleeping gown or robe is sure to make you feel classier from the moment you step out of the bath and go towards your bedroom. If you’re feeling a bit more adventurous and perhaps want some more Eastern aesthetic in your life, why not get a nifty Japanese Jinbei or Kimono for all your sleeping needs? As comfortable as ever, and definitely something which has to be experienced at least once in everyone’s life. The sense of authenticity and elegance is definitely noticeable the moment you put one on, and before you know it, you could start wearing it as not only your favorite sleepwear but also your go-to around-the-house attire.

New Linens for your bed

Once again, back in the land of the sleeping. Some new bed necessities will be just the thing you need to compliment your new sleepwear. Since the bed is your place of rest, and probably the first thing you come in contact with when you wake up ready for the new day, why not make it refreshing and pleasant. A few new pillows, a fresh duvet, some bed throws, all important parts of reviving a bed’s freshness.

Sometimes even the word “jewelry” itself is enough to make people hold on to their wallets in a something which could be described as nothing short of a panic. While of course, there are the diamond earrings which cost several thousand each, it is nowhere near uncommon to find beautiful pieces of jewelry priced in the 100 or lower range, even including custom jewelry like a personalized name necklace, or engravable pendants to put around your neck. Looking rather effective and coming with such an attractive price tag, you simply cannot go wrong with one of them. Besides, you can never have too many necklaces or earrings to choose from to complement your attire.

Most people in this day and age have a tech-enthusiast either within them waiting to get out, or one that has already taken over their life. Ending up with a double GTX 1080 GPU setup with SLI and 10 terabytes of hard drive space as their home PC which also serves as their personal upload server that can be controlled from their smartphone. It’s a slippery slope. Needless to say, you’re probably not that far gone, and wanting some new gadgets for your smartphone or otherwise can never be considered as dangerous territory so don’t worry. Something as quaint as a projector for your smartphone is something you never knew you wanted until now, or even a set of camera lenses to make your Instagramming even artsier. Perhaps a portable power bank which can help you get through those long commutes home during rush hour without worrying how much battery YouTube is using up, or those emergencies when you need to be on the phone, but you forgot to charge your phone at night. Needless to say, the possibilities are there, and considering most of them work with any USB cable, they can be used to charge just about anything else you might need to as well as your phone. Truly a nifty piece of hardware. Staying on topic of powering your phone, why not invest in a sleek and chic charging stand which you can use both at home and the workplace to keep your phone displayed proudly on your desk, while also minimising the chances of accidentally misplacing it somewhere. If you tend to use your phone as a music player as much as you do as a medium for social media, then why not think about some better headphones than the standard-issue ones that come with smartphones? No matter if you like the generic Apple earpods, they are not the most comfortable things to have in your ears at all times. Some in-ear headphones with a soft and comfy bud could be just the thing you need to both spare your ears some pain and block out the hustle and bustle of the main road on your way to work.