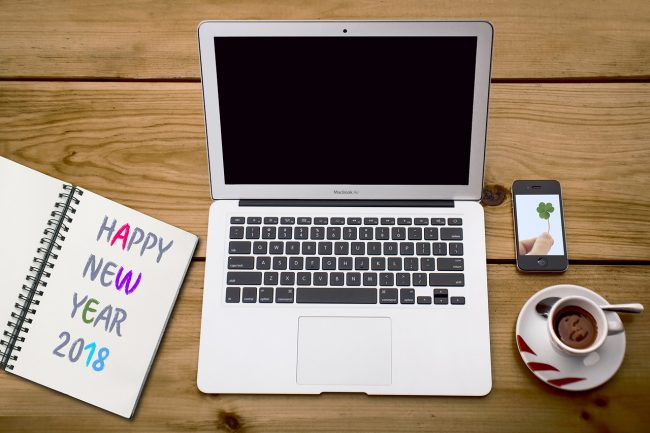 I don’t know about you, but after spending the past several months leading up to the kids’ favorite day of the year, I’m always ready for a little “me time.” That’s what I love about New Year’s: it’s unapologetically a holiday for adults. And it’s one of those few occasions in the year that give you an excuse to get completely dolled up and to hit the town. That said, the night itself tends to creep up suddenly – this year was no exception! So, it’s helpful to prepare yourself with a few ideas for next year while the topic’s still fresh in your mind. Here’s some inspiration for you, so that this year’s celebrations will be even better than last year’s!

If you’re thinking of being the hostess this year, there are few better options than a potluck. No-one wants to cook for 30 or to foot the bill for all that food, so having each guest putting their best foot forward is a tried-and-true way to end up with a fantastic spread of food. But in this case, we’re not talking about cooking, only a bit of shaking and stirring. You can either assign each guest a list of cocktail ingredients to bring, or throw down the gauntlet and let them dazzle you with their creativity. One thing is for sure, your party will have everyone in the spirit by the time the clock strikes 12.

2. Take in a Spot of Culture

It’s always good to mix it up a little; if you stayed in this year, why not look forward to something a little different? Whether it’s a musical, play, or something else entirely, soaking up some culture to bring in the New Year is a great way to spice things up. However, I know I’m not the only one who neglected the New Year this time around, leaving no real time to book tickets for a special night out. Your local theatres will normally have a wonderful program lined up for the New Year period, but those tickets get snapped up pretty quick, so get organized sooner rather than later!

3. Get Your Dancing Shoes On

Alternatively, if you have a reliable sitter available, you could take the opportunity to really let your hair down! Whether you’re due for a particularly stressful year, or you’re simply haven’t had the chance in a while, there’s always a good excuse to get boogying on New Year. Granted, dance clubs can get pretty busy on the night, but sometimes you simply have to grasp the opportunity to let off some steam!

In among all the celebrations, New Year’s is also an appropriate time for taking stock of your life and devising an action plan to make it more fulfilling. It may seem cliché to make an actual list of resolutions, but if this prompts you to make positive changes, I say go for it. I like to choose three different areas to focus on as part of a New Year “refresher.” For example, one will be organizational, like cleaning out old filing cabinets. Another could be purely personal, like changing up your look with a new hair color. I like experimenting with semi-permanent colors first to take the risk out of the equation (here’s some more information for the uninitiated!). And a third could be family-focused, like starting up savings accounts for each of the kids or scheduling an outdoor activity for one day each month. Whatever it is, make it meaningful and do-able.

If you had a big night out last year, how about changing the pace and turning the dial waaaaaaay down for a quiet new year next time? I picture a rural cabin with a roaring fire and two simple glasses of bubbly… Sure, there’s no glamorous up-do, shimmery dress, or confetti in this scenario, but a midnight champagne toast under the stars is something every stressed out mom I know would absolutely love. It may seem unrealistic to pull something like this off at in the holiday season, but you’d be surprised. A country cottage or bed and breakfast is actually much less likely to be booked up for New Year’s when most people are heading for the bright lights of the nearest city. The trickiest bit will be finding a sitter!

Just one final tip… If you should wake up finding yourself in need of a little TLC, these “morning after” beauty tips will have you looking fresh and ready to face the year ahead.

Previous Post: « R.E.S.P.E.C.T. – Bring It On Your Travels
Next Post: What to Do When You Discover You’re Pregnant! »

They are so cute when they are sleeping 😴🥰

Sometimes you just gotta stop and take a selfie. H

On the blog: How To Refresh Your Home Office With

My little fashionista is showing off some incredib

My favorite place in the world is Alton, NH on Lak

Doesn’t he look absolutely adorable in his @kate

They are so cute when they are sleeping 😴🥰

Sometimes you just gotta stop and take a selfie. H

On the blog: How To Refresh Your Home Office With

My little fashionista is showing off some incredib

My favorite place in the world is Alton, NH on Lak

Doesn’t he look absolutely adorable in his @kate