I decided I would polish my nails green for St. Patrick’s Day! I chose China Glaze “Entourage” from the Summer 2009 Kicks Collection. It reminds me of Shrek!

I started with a coat of Orly Bonder

(my fav basecoat) on clean nails.

Then I put on the first coat to find that it was almost transparent! 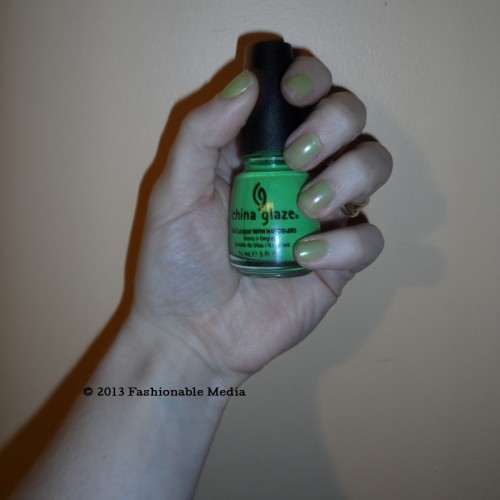 So I decided I needed a second coat, at least… Apparently that wasn’t enough though! 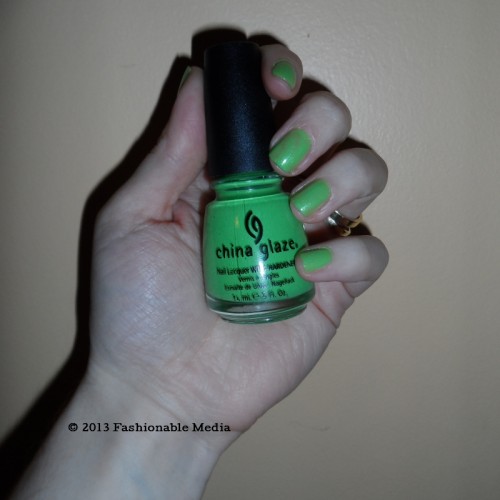 A third coat did the trick though and looked lovely. 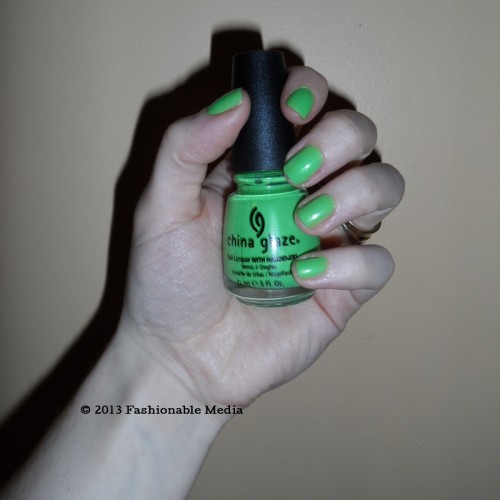 They looked great all week long and I even ended up painting my ring finger one shade darker and a few days later, I decided to accent with Orly “Watch It Glitter” gold polish.

When it was time to say goodbye to the lovely green nails, what was left, was not pretty….. 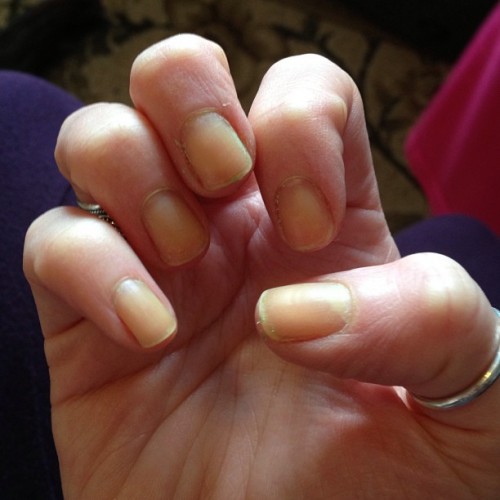 My nails were left tinted green and totally gross looking. Even pure acetone could not get these babies clean. I was so grossed out! Apparently with three coats of green, you need at least 2 coats of basecoat… UGH.

What’s your favorite basecoat? Has this ever happened to your nails?