I participated in an In-Home Party Activation on behalf of Mom Central Consulting for Mattel. I received product samples to facilitate my party and a promotional item to thank me for participating. 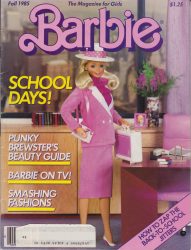 I got my first Barbie when I was 4 years old and I played with them till I was 11 or 12. (I was homeschooled!) I had a 4 story Barbie dream house with an elevator, 3 pink convertibles, a motorhome, a swimming pool, the grocery store, post office, vet hospital, and more. I was THE biggest Barbie fan.

So naturally when I had a daughter, I was really looking forward to her discovering Barbie! Sadly, she was not as interested in Barbies at 4 years old, as I was. As she got older, her interest in them slowly grew, especially after seeing a Barbie movie! From that point forward, we HAD to purchase every single Barbie movie as soon as they were released. However, she was still having trouble embracing role playing with the dolls until recently.

A few months ago, my mom found all my old Barbie clothes and brought them to my house to show them to my daughter. Upon seeing my enthusiasm over my long-lost treasured items from my childhood, it somehow sparked my daughter’s interest in Barbie and she’s been totally obsessed ever since! (Maybe it’s all that 80’s fashion that did it for her…)

Now I get to relive my childhood a little bit everyday when I see my daughter playing with her barbies and dressing them up in some of the same clothes I dressed my Barbies in!

I was just as excited as she was to hear about the newest Barbie movie – Barbie And The Secret Door! 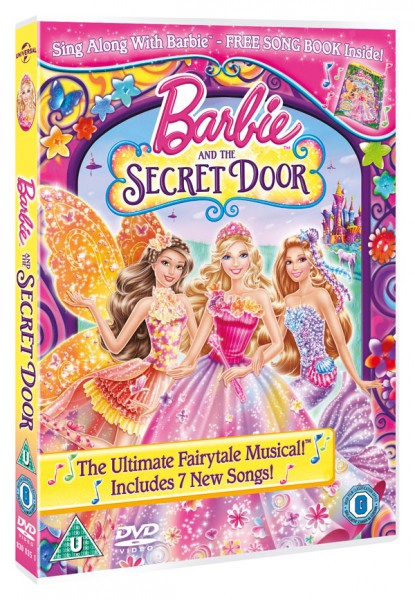 Barbie stars as Alexa, a shy princess who would rather read books than perform her royal duties. One of her books leads her out into a garden where she finds a secret door, just like the one pictured on her book. She bravely steps through the door to discover a magical land of fairies, mermaids and unicorns!!!! Alexa meets Romy (a mermaid) and Nori (a fairy), who explain that a mean princess named Malucia was born without magical powers and has been trying to steal all of the magic in the land.

Alexa discovers that she has magical powers in this new world, and her new friends are certain that she can help restore all of the stolen magic.

Thankfully Alexa finds the courage to stand up for what’s right, how to be brave and how to believe in herself.

They were all so excited to see the new movie! They sat down on our new Vienna Sofa with their new Barbies to watch the movie. 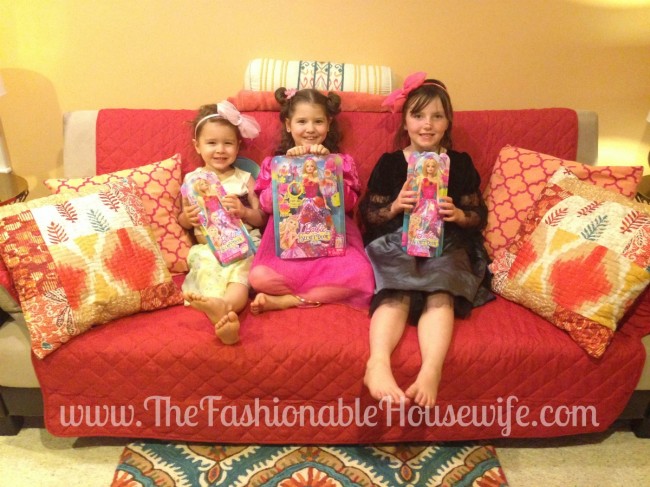 The movie itself was great. Even I enjoyed it! I think the story line of this Barbie movie is great because it shows little girls that even when things are difficult or challenging that you should power through it and do what’s right. This is an especially useful lesson for my daughter that tends to shy away from challenging things.

Here are the kids totally enthralled in the movie… 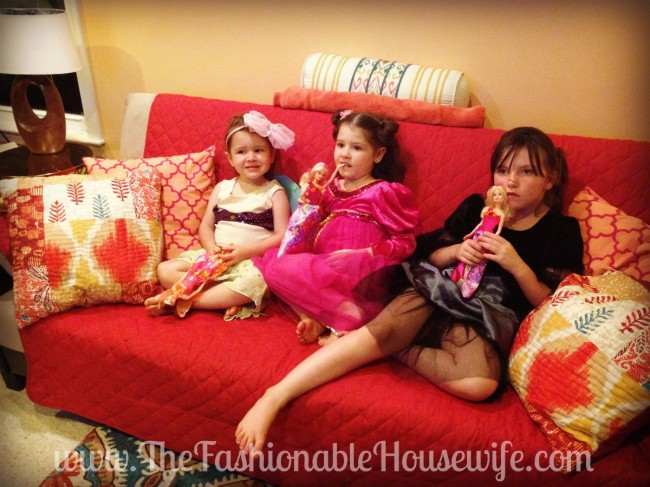 After the movie, they played a game of Barbie “Go Fish” before I served the cake! 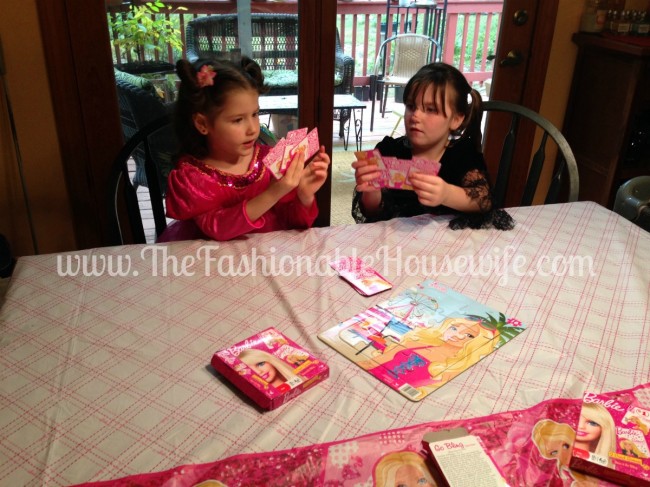 And then we had our little Barbie cake! 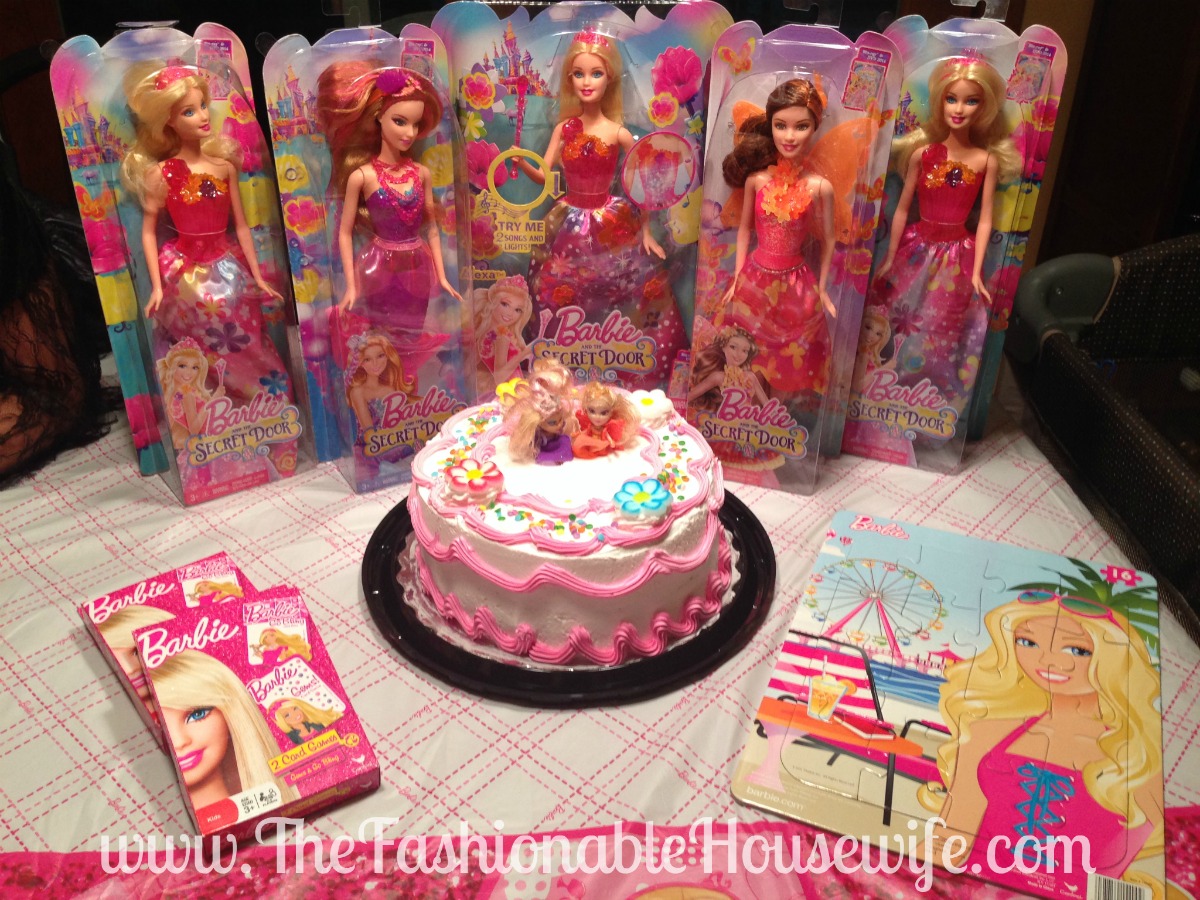 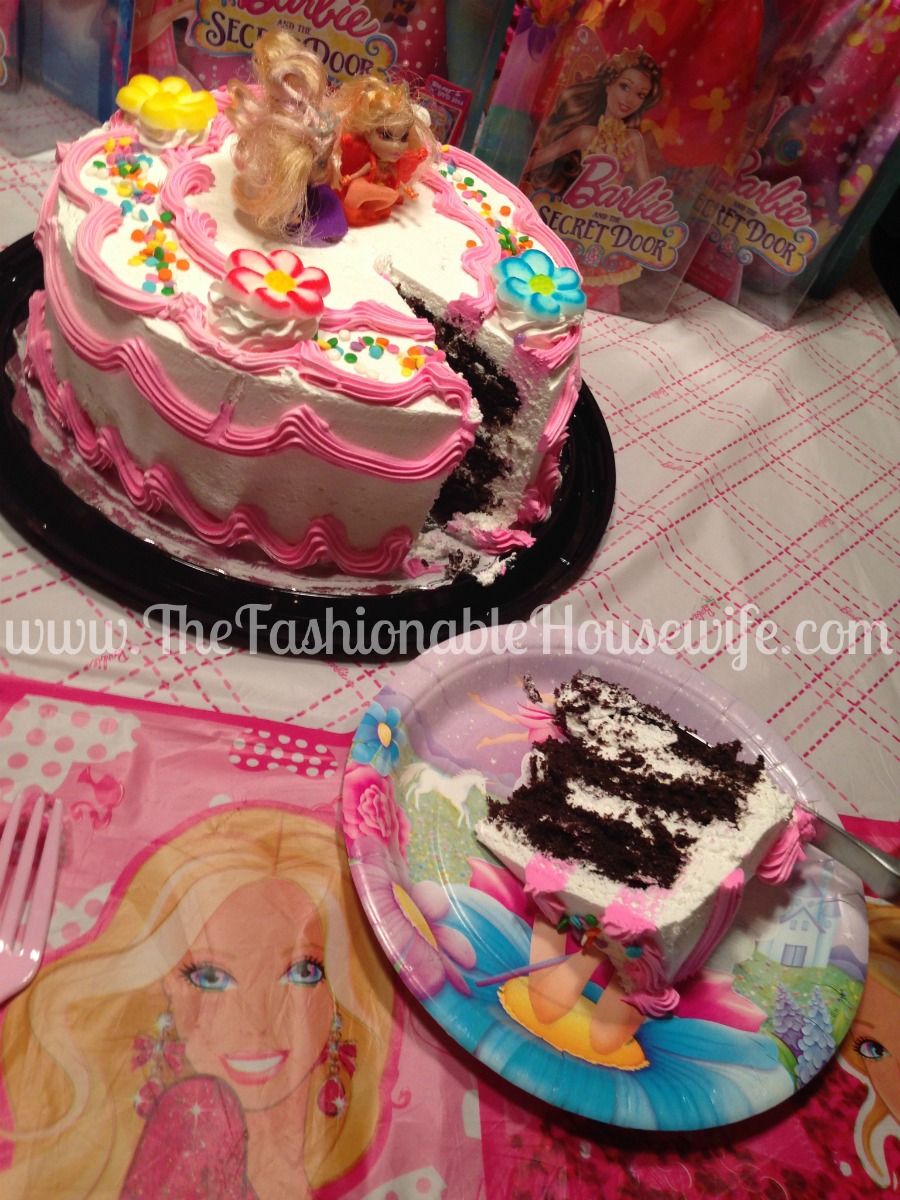 The kids all had so much fun, the cake was wonderful, the movie was awesome and we all had a wonderful time! Be sure to click here for more info about the movie and where to purchase it.

Don’t forget to check out the dolls too!

The dolls are equally as enchanting as the movie is!! 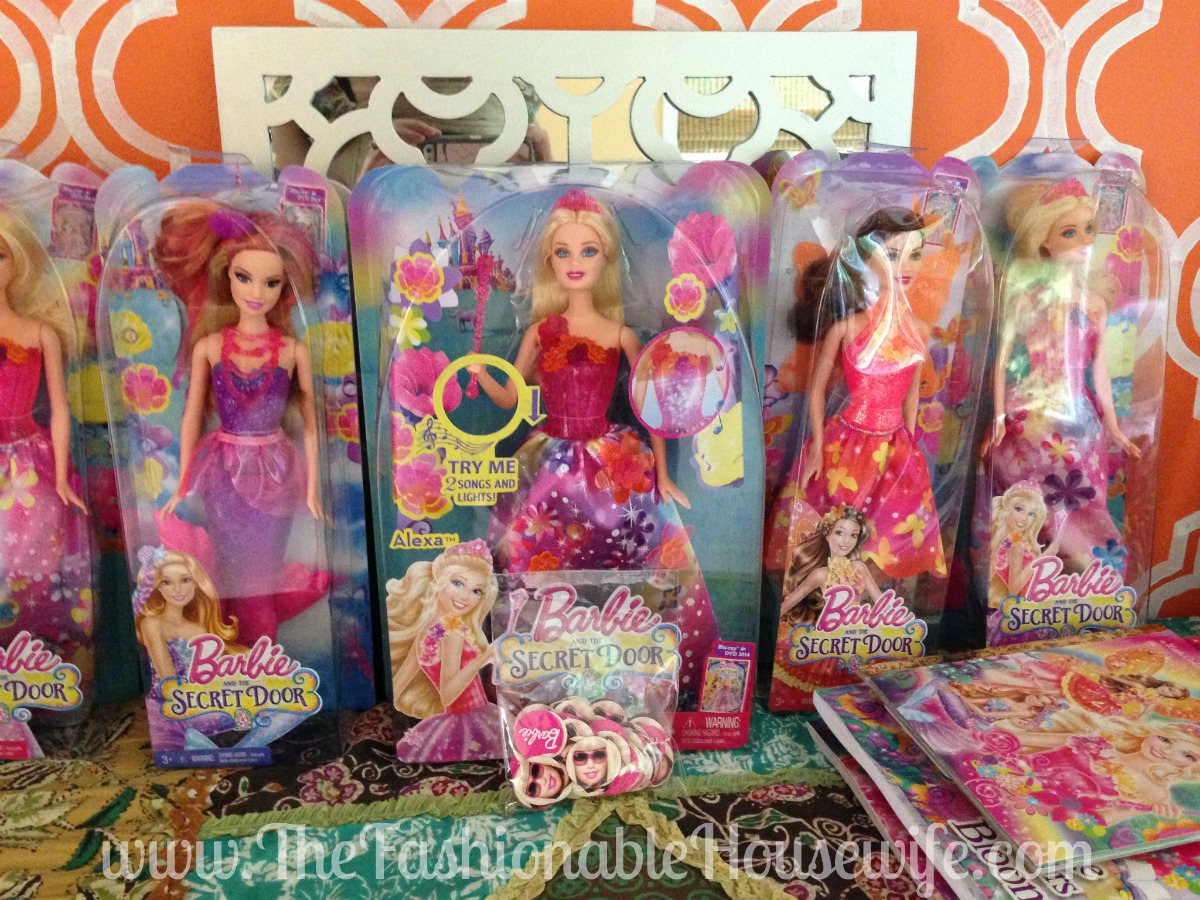 Available for $18-$25 at Amazon, Target, ToysRUs and Walmart. Click here for more info.

Click here to learn more and buy the Barbie And The Secret Door DVD!

Previous Post: « Transforming Spaces: Spare Room to Dining Room In No Time
Next Post: Embracing The #HappiMess from Our #BarbieSecretDoor Movie Party »