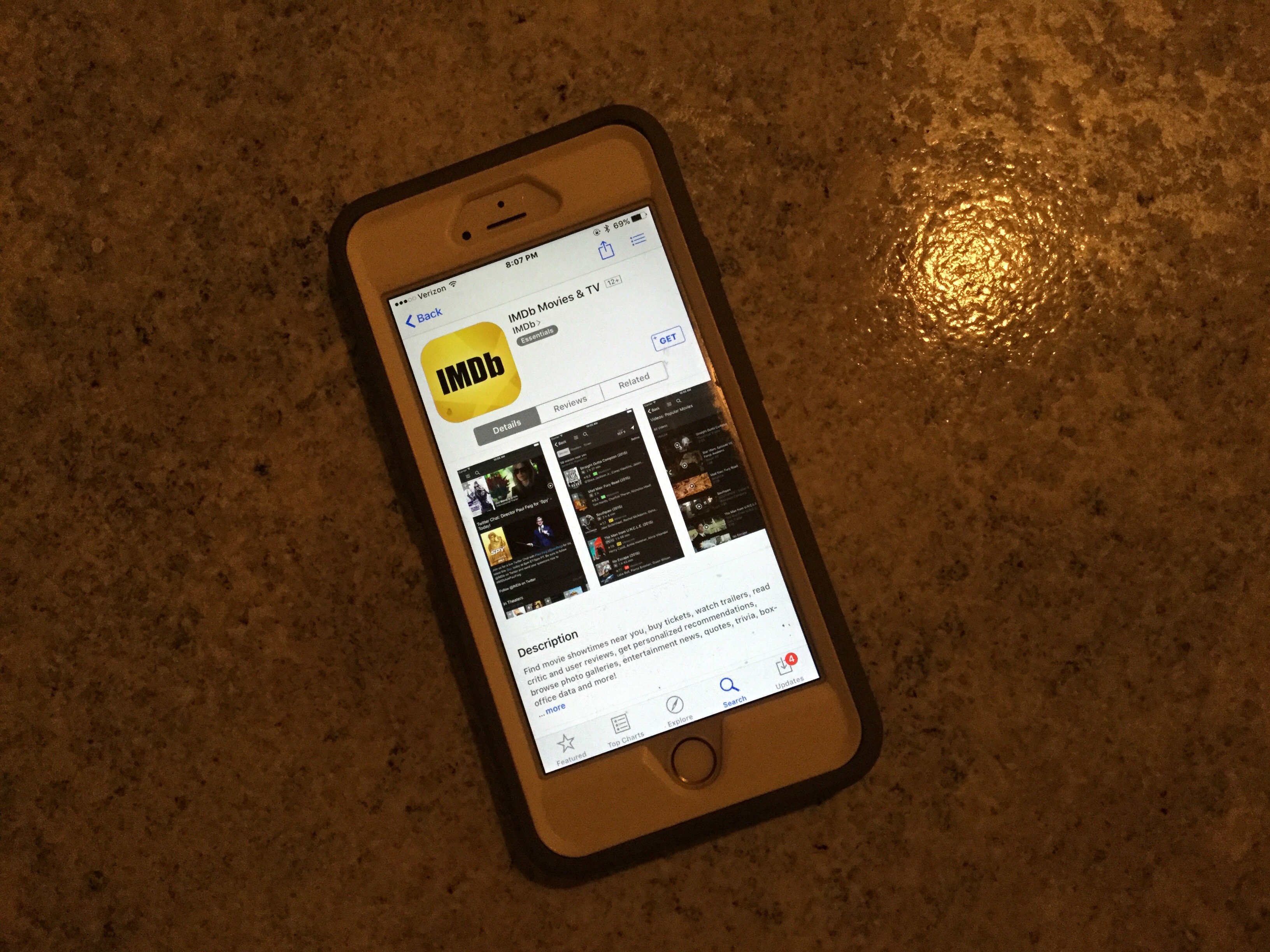 Are you someone who loves nothing better than spending your nights on the couch watching the latest and greatest TV shows? Do you not mind lining up for days to dib seats at the first showing of something like the new “Star Wars” movie? If so, you’re sure to appreciate the way that technology has made it easier to access to prime viewing at all hours of the day, whether at home, at work (don’t tell the boss!), on your lunch break, on the subway, or even a plane.

While you may have set up a handy Apple streaming service in your home already, there are hundreds of helpful apps on the market too that make it easier than ever to catch your new shows, stay on top of the latest reviews, book tickets to the cinema, and more. Read on for the rundown on some of the best apps for iOS devices you should check out today.

If you’ve ever looked up a movie, television series, actor, producer, director or other person in the entertainment industry, you’ve likely found yourself on the IMDb website. This popular industry site is a one-stop spot for movie and TV information, and has belonged to the Amazon.com group for a number of years.

The accompanying IMDb app for iOS devices is free to use, and is the perfect system for film and television lovers to utilize. The tech provides information such as actor biographies and photographs, movie trailers, write-ups on past and current shows, ratings, reviews, descriptions, bits of trivia, movie show times, recaps of recent television episodes, and TV listings. In addition, users can use the app to add their own reviews of productions, as well as manage watchlists and create news alerts on any shows they’re keen to see in the future.

If you’re a film fanatic, make sure you check out the top Movies by Flixster app. This free system is said to be the most downloaded movie-related app of all time, and has been featured in the “App Store Essentials Hall of Fame” by Apple. The tech also made Time’s list of “50 Best iPhone Apps, 2014 Edition,” and was purchased by entertainment giant Warner Bros. in 2011.

The technology is simple and easy to use, and provides a straight forward rundown of what’s playing at the box office or out on DVD at the time, in addition to what’s coming soon. Customers can put together lists of movies they’re interested in seeing, and even stream and download shows in UltraViolet. The Flixster interface is designed to help users view and manage their Netflix queue too.

The app shows users movie times and trailers; brief actor biographies; and reviews of each production (including any written by friends who have also downloaded the system). Users can upload their own ratings and reviews if they’d like as well.

Since Flixster purchased the popular Rotten Tomatoes review website in 2010, the app also displays any applicable Rotten Tomatoes scores for each film listed. In addition, the app is set up to let users buy film tickets from participating theaters.

Another app that’s perfect for movie lovers is My Movies. If you have accrued a huge collection of DVDs and other discs over the years but not kept a catalog of what you own, this free system is here to help and will stop you from accidentally buying duplicates.

My Movies lets users scan and catalog their entire collection of films, all of which are then available for perusal whenever you like. The app also syncs information to all devices (once a free user account has been created).

To get your inventory system set up, simply use your smart phone to scan the barcode on the packaging of your disc and then wait for My Movies to find the unique code amongst its vast database. Once found, the movie title will be organized alphabetically. If a title doesn’t come up, the name can be manually entered into the system, and then the correct film chosen from the search results.

If you find yourself overwhelmed by the amount of TV shows on your watchlist, consider using the TVShow Time app. This system is designed to make it easy to track and comment on shows. You can set up your own custom show calendar with corresponding countdowns to air dates; receive push notifications from the app when new episodes of your fave shows have been aired; and be reminded where you left off when you last watched a series. The app also lets users leave comments on shows and play Web series episodes online.

There are hundreds of fantastic documentaries produced each year, many of which are shown on the Discovery Channel. If you like to stay up to date on the best new shows, it pays to download the network’s app. The technology showcases new, short videos about science and nature (arranged by categories), the latest TV schedules, photographs from documentaries, daily news stories, and themed quizzes.

Previous Post: « S’well Water Bottle And 3 Reasons You Need One
Next Post: What to Look For In an Ideal Bed Base and Mattress »