I participated in a Influencer Activation on behalf of Influence Central for First Response. I received product samples as well as a promotional item to thank me for my participation. 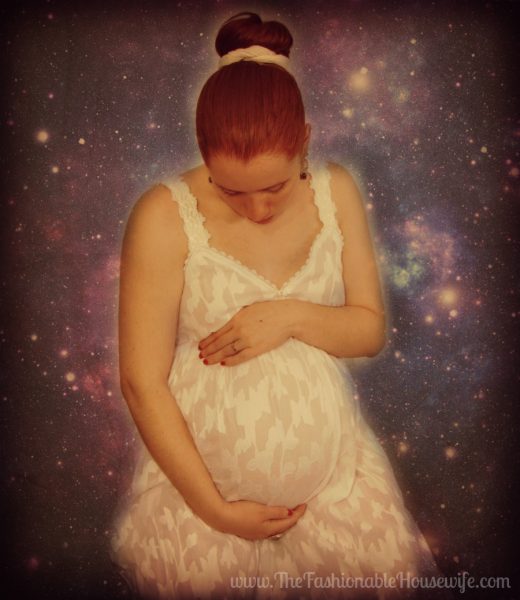 8 Months pregnant with my first child!

I still remember when I found out I was pregnant with my first child. We had been married for a little over a year and had been faithfully practicing Natural Family Planning, which was working quite well. That is, until we moved 2 states away, I misplaced my calendar and lost track of my cycle. A little over a month later, I suddenly thought, “Hey shouldn’t I have started my period this week?” I sat down with my husband that night and tried to figure out when I was supposed to start my period and we figured out it was due the day before. Okay, no big deal. I wasn’t overly concerned because my cycles were a little wacky sometimes and being 4 or 5 days late wasn’t uncommon. Just for kicks though, I decided to buy a test that day and take it. I headed to my local dollar store and bought a $1 pregnancy test.

Much to my surprise, an extremely faint line appeared on the test. Being a complete newbie, I had no clue that a faint line was almost definitely still a positive. I called my best friend and asked her what she thought. I looked online for answers. I still wasn’t convinced though!

One week and 4 cheapo tests later, we realized we were most definitely pregnant with our first baby!

It’s amazing how technology has changed and advanced since then. Now, you can test 6 days before your missed period with First Response Early Result Pregnancy Tests.

The newly redesigned test now features a curve shaped design to make it easier to hold and test. It also has a longer handle and a 50% wider absorbent tip to make testing easier than ever.

This FDA approved pregnancy test is designed to detect all relevant forms of urinary hCG (human chorionic gonadotropin) and can detect pregnancy as early as 6 days before your expected period day.

The results are easy to read in just 3 minutes and promise over 99% accuracy from the day of your expected period. Best of all, the test can be used any time of day so don’t worry if you pick the test up on your way home from work. You don’t have to wait till the next morning if you don’t want to! If you see two pink lines, that’s a positive and you are indeed pregnant!

You can pick up a First Response Early Result Pregnancy Tests at all major drugstores, grocery stores and online at Amazon.com

Find out more about First Response products at www.firstresponse.com

Do you remember taking your first pregnancy test? Tell us your story in the comments!

Previous Post: « Get Ready for the #BestSummerEver with Banana Boat® #IC #AD (Giveaway ends 6/29)
Next Post: 6 Air Conditioner Problems You Can Fix Yourself »