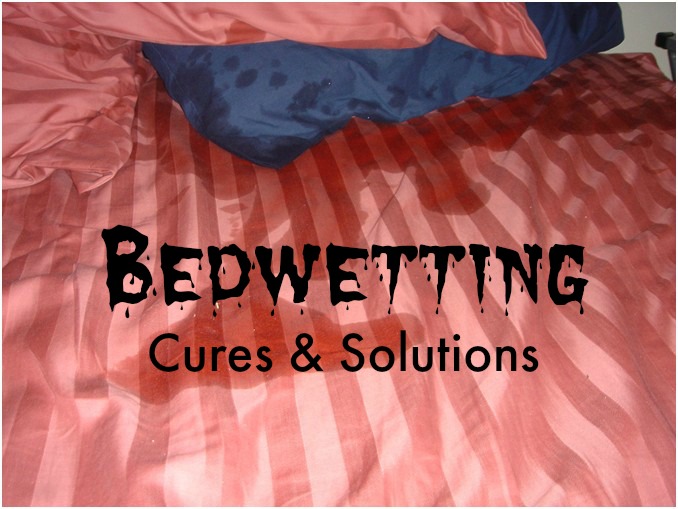 If you were born before the mid-1980s and were a bedwetter, you had little recourse beyond indulgent parents willing to launder linens daily or to don diapers. Sure, the first patents for bedwetting alarms were initiated more than 70 years ago, but it wasn’t until 30 years ago were they mass produced and readily available. The alarms of old frightened children.

Sarah Silverman, 44, author of The Bedwetter: Stories of Courage, Redemption, and Pee

It really killed Dad that I couldn’t stop wetting the bed. He was a bedwetter as a kid, too. And, his father, too. For a while I had to wear diapers to bed. That way there was no messy changing of the sheets. It was humiliating, but I got used to it. Plus, it was convenient. But it was just a Band-Aid, and Dad wasn’t about to give up on me.He put an electric pad under my sheet, designed to set off an alarm when moistened. Though “alarm” doesn’t really do it justice, I’d call it more of a shocking, heart-attack-causing scream. That first night of the screaming aluminum sheet was the last night I slept at my dad’s house. I mean, I still spent the night as the joint-custody schedule dictated, but I didn’t sleep. The horror of waking up to that stunning alarm kept me up most of the night, or until my body couldn’t fight it any longer – and you know what happens then: total submission, and all it entails.

It’s too bad Silverman “pre-dated” improved, more modern bedwetting alarms. Those of an age recall the outmoded alarms in horror, often more frightened of the alarm’s screech, than actually bedwetting.

The first bedwetting alarm was discovered accidentally by a German paediatrician in the first decade of the twentieth century, who developed it to let nannies or nurses know when to change a child’s bedding. In the 1930s, two separate sets of psychologists further developed the science.

Once a parent has examined the potential courses of nocturnal enuresis, and thoroughly consulted with a doctor which includes all the potential causes – like heredity, bladder size, bladder or kidney infection, constipation, obstructions, psychological stress and others – they can look at treatments. There have been disproven synthetic medications and diapers, but those may not only be ineffective, the latter can be uncomfortable, embarrassing and stigmatizing. Common treatments include fluid restriction, lifting, scheduled wakening, reward charts, bladder training, psychotherapy, and medication.

It takes two- to two-and-a-half months for bedwetting alarm treatment (or 14 days without incident, whichever comes first), a relatively short course in approximately 80% of cases. About a third of patients relapse, and the success rate for those who relapse is 78%.

Some healthcare insurance carriers consider bedwetting alarms as a reimbursable covered expense, as long as it’s prescribed by a pediatrics physician, urologist, or other doctor.

Bedwetting alarms – there are several different types and variations – work simply. The user (of pad-type or wireless) or wearer (of brief-style alarm) is awakened by an alarm or vibration at the start of urinating, so he/she can use the toilet to complete the urination.

There are factors that contribute to success – consistency and positive reinforcement and support, but there are elements which can result in inconclusive results or failures – lack of supervision, inconsistency of use, psychological stress, disinterest by the bedwetter, failure to be awaken by the alarm, more than one nocturnal enuresis or inconsistent sleeping arrangements.

Do you have experience with your children bedwetting? What did you do about it? Tell us in the comments!

Previous Post: « How To Find A Trusted Cosmetic Surgeon
Next Post: Big Eyebrows Are In! Tips & Tricks To Get Full, Lush Brows »