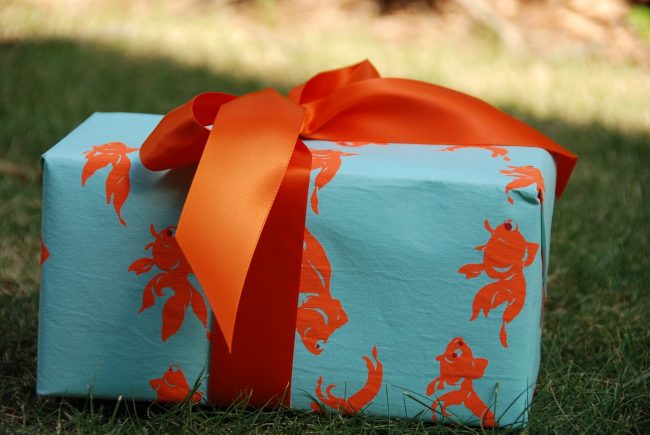 Gift giving becomes an ironic enterprise when the giver, recipient, or both parties wind up feeling worse after the exchange. Oh, the irony of gift-giving faux pas! It’s such a pleasant topping to a stressful season to see someone’s eyes roll or face sour when opening your gift. Here’s how to avoid that scenario altogether.

It’s Not About the Money

Money between friends and family can make things awkward. It’s common to want to spend about the same amount of money as the other person has spent on you. Be wary, however, since overspending could make the recipient feel uncomfortable (Yet you were just trying not to appear cheap!) Also, let’s face it, you could spend hundreds on a gift that no one wants but a few dollars on something associated with an inside joke or a beloved passion that far outshines the more expensive token.

Technically, there is no moral law against presenting a received gift to another person. It is, however, a bit tricky. Firstly, you don’t want to forget where the gift came and give it back to the person who gave it to you. Secondly, you don’t want a person to feel second-rate, like you looked around the house, grabbed something unwanted, and wrapped it up. Thirdly, you don’t want the person who gave you the gift to witness you giving it to another; that could make for a really awkward conversation. If you’re going to regift, be sure the initial gifter will never know and that the recipient won’t know that it was initially a gift presented to you.

Most use a toaster, an iron, or a set of dishware, yet those are things most people purchase for themselves. Yes, such things are necessities but they are not exactly fun to get as presents. Plus, you may err in choosing something of their liking; and, now, they are stuck with dishware they think is ugly. Try and get the recipient something they would never get themselves.

There is a time and place for corporate gifts. It can be a great marketing ploy for businesses with reps attending a conference or trade show. But if you want your business to give to another, be sure the token is not studded with your corporate logo. It’s tacky and can be seen as more of an advertisement for your business than an act of goodwill. The answer may be cutting-out some gift giving this year; you don’t want to make an ironic impression in sending the wrong kind of gift.

Marketers and advertisers are good at their job; it’s a major goal to get buyers to take action. It’s the reason why you see those dramatic commercials around Valentine’s Day. By flirting with the notion that their wife or girlfriend may be disappointed otherwise, unknowing guys go out and buy into marketing fodder, purchasing diamond rings, necklaces, cars, and other over-the-top possessions. Letting a person know they are special does not require big ticket prices.

Don’t Buy for You

You have your own sense of style, pastimes you enjoy, and a taste for certain foods and drinks. Many people share likes — but be sure you’re not buying a gift for you or assuming your friend has the same preferences. For example, you may have a gravity for flashy accessories yet a friend could be very tame and plain in how they elect to dress. While a great looking watch may be something you would love, wearing such could make another feel awkward in their own skin.

Don’t Fall for ‘Get Two’ Sales

Just as you don’t want to buy something for you, don’t buy the same something for you and another. For one, it could make the recipient feel weird that they now have the same exact shirt, watch, or shoes you do. Secondly, it may make them feel like others view them as your sidekick or ‘mini me.’ It’s cute for a son to wear the same dog t-shirt designs as their dad or big brother. It’s weird, however, for two friends to wear the same shoes, watch, etc.

Ask Their Spouse or Significant Other

Depending on the variety of gift, you may overstep boundaries by getting another’s spouse or significant other a present that appears too intimate. For example, a day at the spa is a considerate gift, but it may seem odd for a man to buy this for another person’s wife. A hot oil massage delivers plenty of benefits but it’s something you would buy your own significant other. Likewise, buying clothes for a man who is committed to another woman could appear odd or scandalous. So shop with care, take this tips on board and you’ll do just fine.

Previous Post: « Three Fun Weekend Hobbies You Should Consider
Next Post: What Is The Most Appropriate Bra Style For You? »

Starting the year off on the right foot by doing a