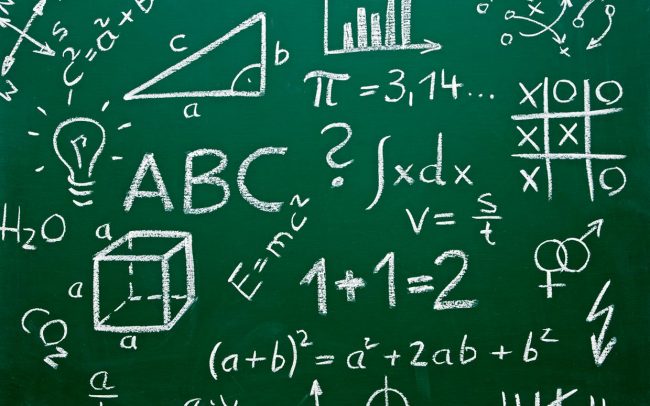 Math in school can be a polarizing subject — while some see it as no problem at all, others dread the very mention of it. Elementary math can be so hard to some, they never come to terms with it, even as adults when they have children of their own to help through school. Such difficulty with math can and does happen to kids and grown-ups who are intelligent in every other measurable way.

In rare instances, people do tend to suffer from mental challenges. Dyscalculia, a disorder that affects mathematical ability, occurs in a small proportion of the population. There can also be a genetic angle to the difficulties that people tend to face when it comes to a grasp of mathematics, according to studies. In every other case, though, difficulty at math cannot be reduced to a single cause. Whatever kind of struggles kids tend to have with their math lessons, they can always be fixed with little more than patient coaching. Such coaching, though, should be scientifically directed at the specific nature of the problems that each individual child faces.

Studies show that parents who are anxious about math themselves tend to make their children anxious about it as well, when they try to help them. The anxiety seems to rub off. If math makes you sweat, it would be best if you addressed your anxiety before helping your child. Finding either a personal tutor or a tutoring website such as MathCelebrity can be a good idea until then.

If you’re like most people, when you struggle with math, your usual reaction is to think to yourself that you’re simply not smart enough for what you are being asked to do. In the case of modern math education, though, the teaching methods adopted are mostly to blame. Students are usually drilled in formulas and steps to follow to solve problems without being taught understanding.

Try to learn what learning is

Growing up, kids always wants to know that they are “talented” that they have “a great IQ”. They tend to think this way because innate ability is promoted as far more important than work, understanding and results. In truth, talent and IQ tend to be immaterial for basic education. Talent has no role to play when a kid has trouble understanding math in elementary school, high school or even college. All it takes to succeed in these stages is a reasonable approach to learning.

Students in China, Japan and Korea may do better at math tests than American children; usually, though, it has nothing to do with math ability. It has everything to do with culture. When American children struggle with math, they are taught to think that they aren’t “math people.” When Asian children struggle at math, they are simply encouraged to try harder, because everyone is good at elementary math. It only takes trying.

Take care of every basic approach to good math

Teach your kids penmanship: One in four incorrectly solved math problems can be traced to carelessly written numbers. Teaching good writing is important to good results in math.

Be there when your kids need you: If you’re busy when your kid asks for help with his math, it won’t do to make a mental note to help over the weekend. In math, concepts build one from the next. Anything that isn’t clear today will snowball. You need to be there at all times.

Homework should be done early: If your kids have homework, they need to get on it when concepts are still somewhat clear in their minds. This is usually right after they come home from school.

Teach them to analyze: If your kids learn a series of steps to solve a problem with, have them analyze those steps, and work out in different ways how they may be modified or altered. Kids need to think about what they’re doing in math.

Finally, every child should learn how to do solve elementary math problems in their head. It helps with abstract thinking. It’s important to remember: teaching method is the only thing that separates those who are successful at school-level math from those who aren’t. A few elementary changes is all it takes for dramatic improvement.

Don Sevcik is the President and Creator of MathCelebrity, an automated math tutoring website. He founded the company after tutoring multiple students in math every week, as a way to reach more students that required his help. He’s been a programmer for 15 years, and he resides in Illinois with his wife and daughter.

Previous Post: « How To Buy Gifts This Christmas
Next Post: Taking Care of Your Aging Parents Without Forgetting to Take Care of Yourself »