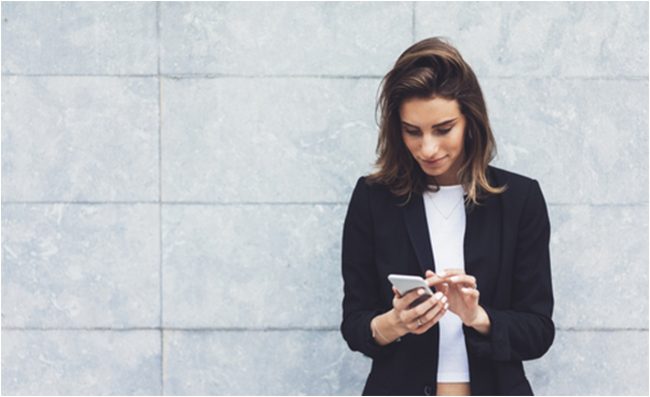 Having too many apps on your smartphone can be like dealing with an overstuffed purse: you’ve got so much junk you might use someday that you can’t find what you really need when you need it. It’s a common problem. Your phone comes pre-installed with plenty of apps already, then you start adding more. The average smartphone user uses 9 apps a day and 30 apps a month, and has approximately 60 to 90 apps installed on their phone, an App Annie survey found. If you’re also using your phone for work, the number of work-related apps for the average business is currently 12, projected to increase to 16 in the near future.

Having all these apps can make your phone unwieldy to use, while making your screen ugly to look at. But there’s no need to have a messy phone. Here are three ways to clean up your smartphone clutter and stop feeling overwhelmed by apps.

Get Rid of Apps You Don’t Need

Despite all the apps most users typically have installed on their smartphones, only a few of them actually see heavy use. Consumers spend over 80 percent of their time on an average of five non-native apps installed from app stores, Forrester research has found. Facebook and Google receive the most use. This means that you probably aren’t using anywhere from 55 to 85 of the apps on your phone very often. Getting rid of apps you don’t use regularly is the quickest way to declutter your phone.

You’ll find it easier to part with apps you’re not using if you know you can install and uninstall them quickly. Getting a smartphone that can handle Gigabit LTE speeds such as a phone equipped with the latest Qualcomm Snapdragon processors will make it easy for you to load apps instantly. Then when you’re done using an app, get rid of it instead of leaving it there to clutter up your phone. The energy-efficient platforms can extend your battery life, giving you more time to explore fun and helpful apps.

One reason most people have too many apps is that they download unitasker apps that only do one thing. Choosing multitasking apps that can perform multiple functions can consolidate your app use and cut down on your smartphone clutter.

For instance, instead of installing separate apps for your personal to-do list, your grocery list and your calendar schedule, use a single personal assistant app, such as the 24me app, that combines a calendar, to-do list and notes into a single interface.

For both Android and Apple devices, you can make a folder by dragging one app on top of another, which will create a new folder with the two apps inside it. You can then drag more apps into the folder. You can even nest folders within folders. To make organizing your folders easier, you can use apps such as Folder Organizer, which lets you customize your folders by creating hierarchical labels for them, store apps in up to five columns within your folders and edit your folders. Aim to organize your folders so that all of them fit on one screen.

The amount of apps available nowadays is undoubtedly overwhelming, but by using the above tips, you can lighten your load and make your smartphone more efficient.

Previous Post: « 5 Smart Ideas to Improve Ecommerce Customer Service
Next Post: Refurbishing 101: How to Improve the Look of Your Home »